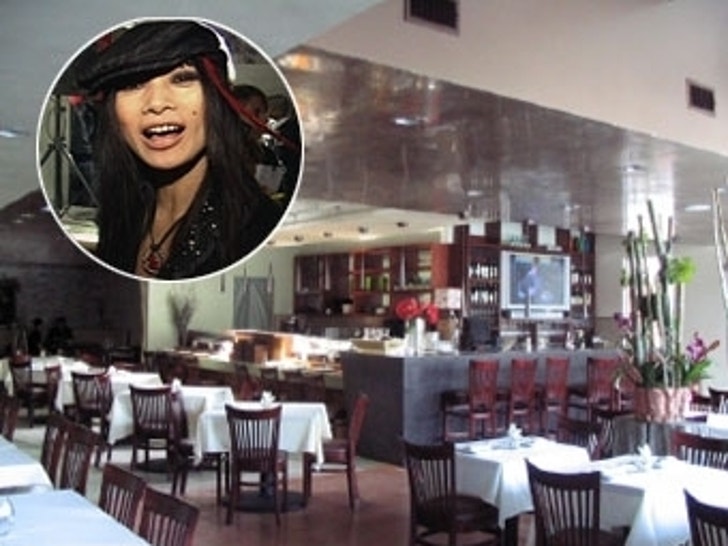 Actress and flashbulb magnet Bai Ling, not generally known for her aversion to attention, kept the public at bay during a dinner at L.A.'s ASIA Los Feliz last week. 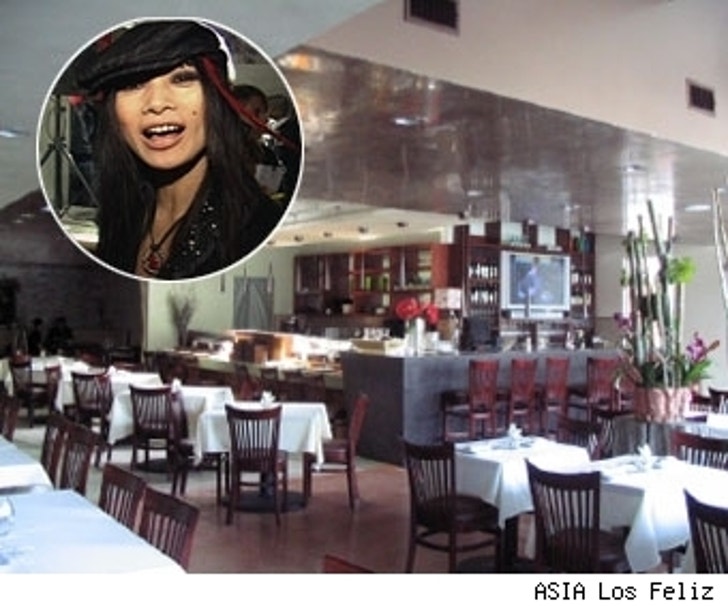 According to a TMZ source, the vamp-happy actress indulged in the sleek eatery's Zen-inspired cuisine, partaking of the Three Flavor Eggplant -- a stir-fry combination of, yes, three flavors of eggplant -- and sipping on tea served in a silk tea bag. Ling, who appears in the recently-released "Edmond" with William H. Macy, was with a civilian (i.e, non-celebrity) companion, and, according to our source, didn't engage in any particularly unruly behavior, but was uncharacteristically stern, refusing to speak with anyone who approached her.

Luckily for Ling, the restaurant's acoustics -- specially designed by the restaurant's owners, who are longtime music-industry vets -- allow patrons to converse normally but not have to worry about spoiling the tranquility of the setting.

But Bai Ling scorning the spotlight? Now that, friends, is news.