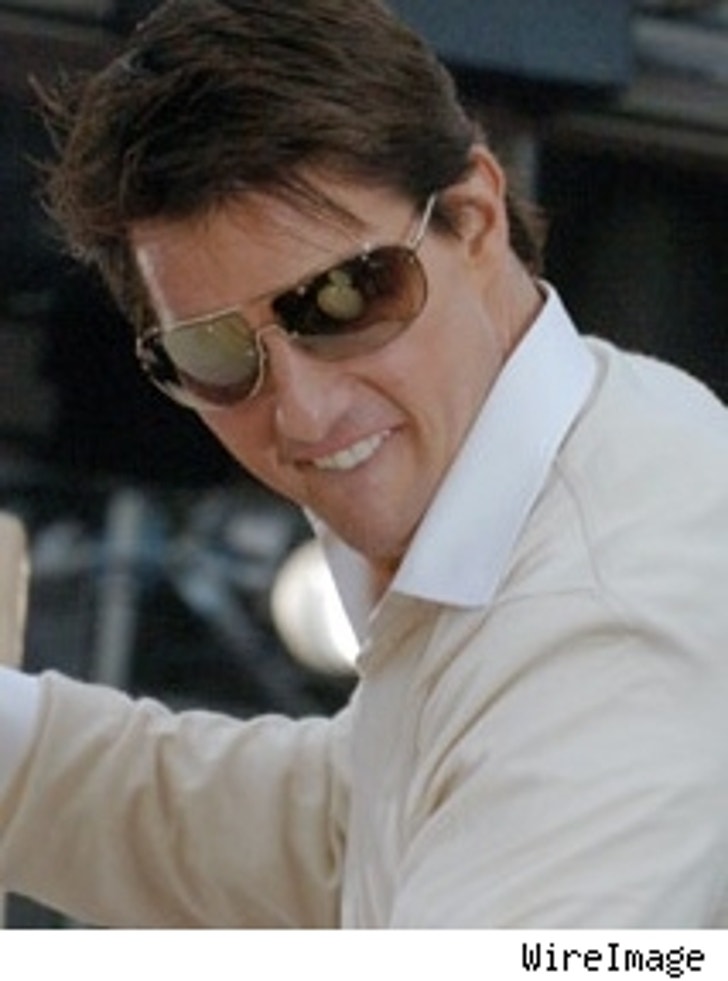 Tom Cruise clearly displeased Viacom Chairman Sumner Redstone enough to get himself axed this week, but he evidently also committed one of the biggest cardinal sins for any employee: He pissed off the boss' wife.

Paula Fortunato, Redstone's wife, was "incensed" by one of Cruise's rants, and told her honcho husband that she was boycotting Cruise's product forever.

Indeed, as Page Six notes, one of Redstone's justifications for severing ties with the Scientology-obsessed star was that his behavior had alienated female fans. One of those fans who wouldn't come back, apparently, was Fortunato, a former school teacher almost 40 years Redstone's junior who married the mogul in 2003. She was outraged by Cruise's inexplicable digs at Brooke Shields, and told her husband that she would never "see another Tom Cruise movie again!"

A Viacom spokesman says, "It is true that Mrs. Redstone disagrees with Tom Cruise's views, but she and Mr. Redstone see every Paramount film." 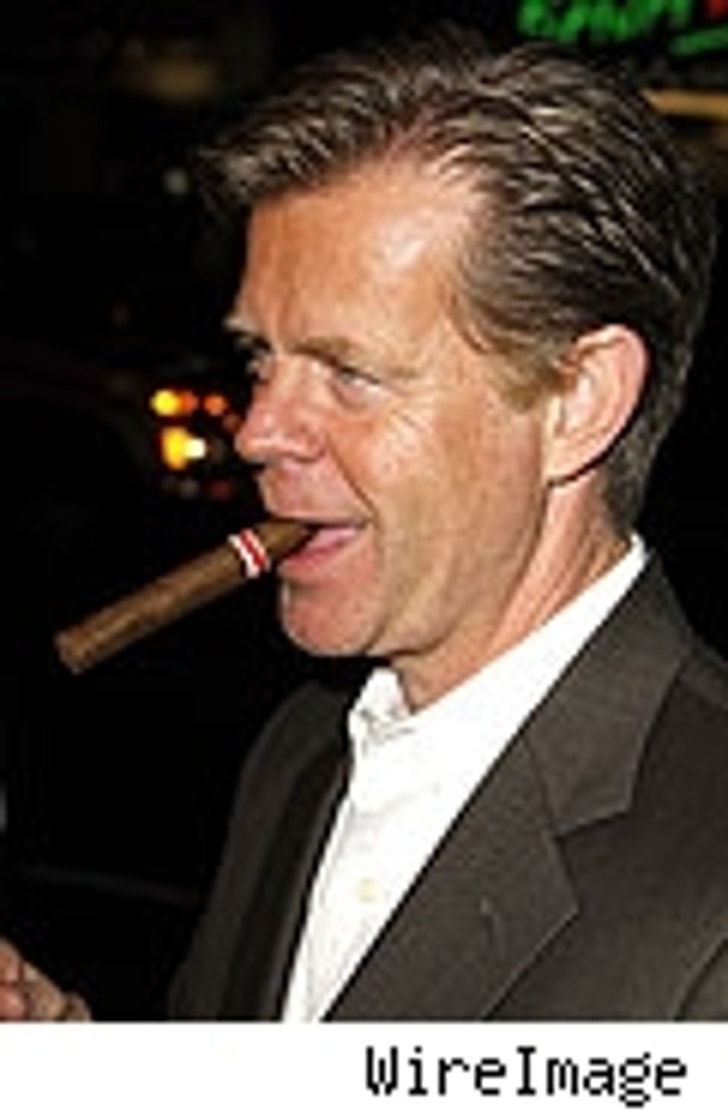 William H. Macy has some tough love for freckled phenom Lindsay Lohan regarding her recent spate of tardiness: "It's very very disrespectful." But he says that Tom Cruise, whatever else he may have done, isn't late to set.

Macy told reporters at a junket yesterday that lateness on a film set is pretty much unforgiveable: "There is not an apology big enough in the world to have to make 150 scramble ... It's nothing but disrespect." But to be fair, Macy said that Lohan "is not the only one. A lot of actors show up late as if they're God's gift to the film. It's inexcusable, and they should have their asses kicked." Macy worked with Lohan on the upcoming film "Bobby," and said that she was "pretty late" getting to the set.

Macy also expressed consternation about Lohan and her young cohorts who get rich and famous in their teens: "I worry about these young kids – 15, 18, 20 years old – who in the span of one year become millionaires and powerhouses. It's too much power for a kid that age to handle." 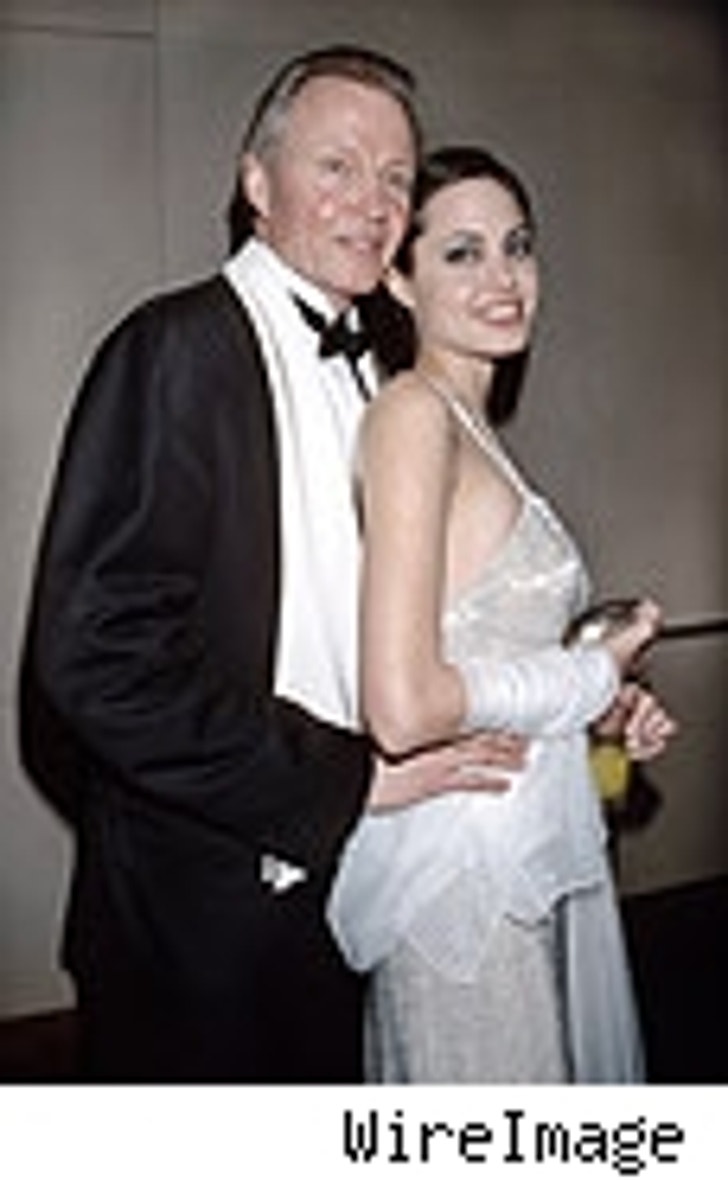 When Angelina Jolie learned that her estranged father, Jon Voight, was at a party she was about to enter, she waited for a half-hour in her car with her baby's daddy Brad Pitt until he left. According to Page Six, the actress went with Pitt to a birthday party for Pitt's "Ocean's Twelve" co-star Scott Caan, and wouldn't go in until Voight, who said on television back in 2002 that his daughter needed help for her "mental problems,' leading to their estrangement, left. Pitt eventually ambled in, whereupon Voight left, allowing Angie to enter through a back door. 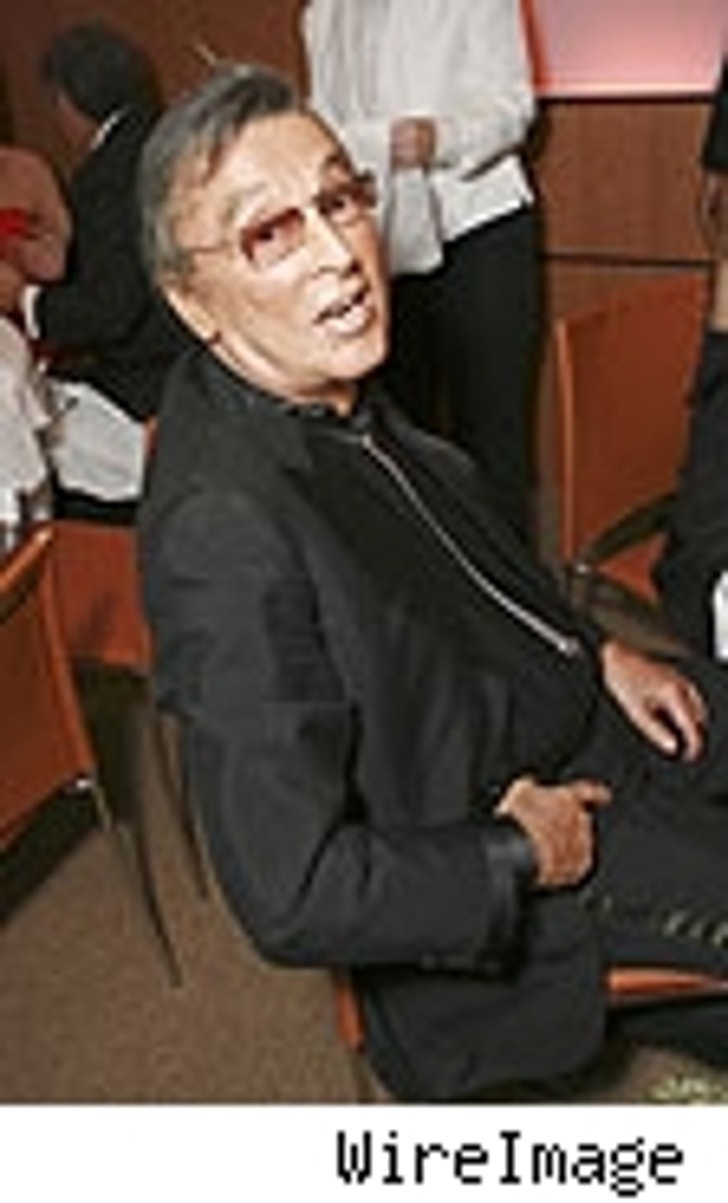 Art may have skewered life a little too mockingly for one of Hollywood's legendary producers. Longtime Tinseltown legend Bob Evans was recently referenced on an episode of HBO's "Entourage," in the form of a washed-up, slightly sad character by the name of "Bob Ryan," played by Martin Landau.

Now, reports Ben Widdicombe, Evans is "furious" about the portrayal and especially so because he allowed the show to his own house as the set for the episode. The show's producers wanted Evans to appear on the show, but he declined. And Landau's rendition of "Bob Ryan," which pretty much everyone who watched the show identified as an analog of Evans (despite HBO's denials that there's a connection), made the character out to be a doddering old man who's lost more than a few marbles. 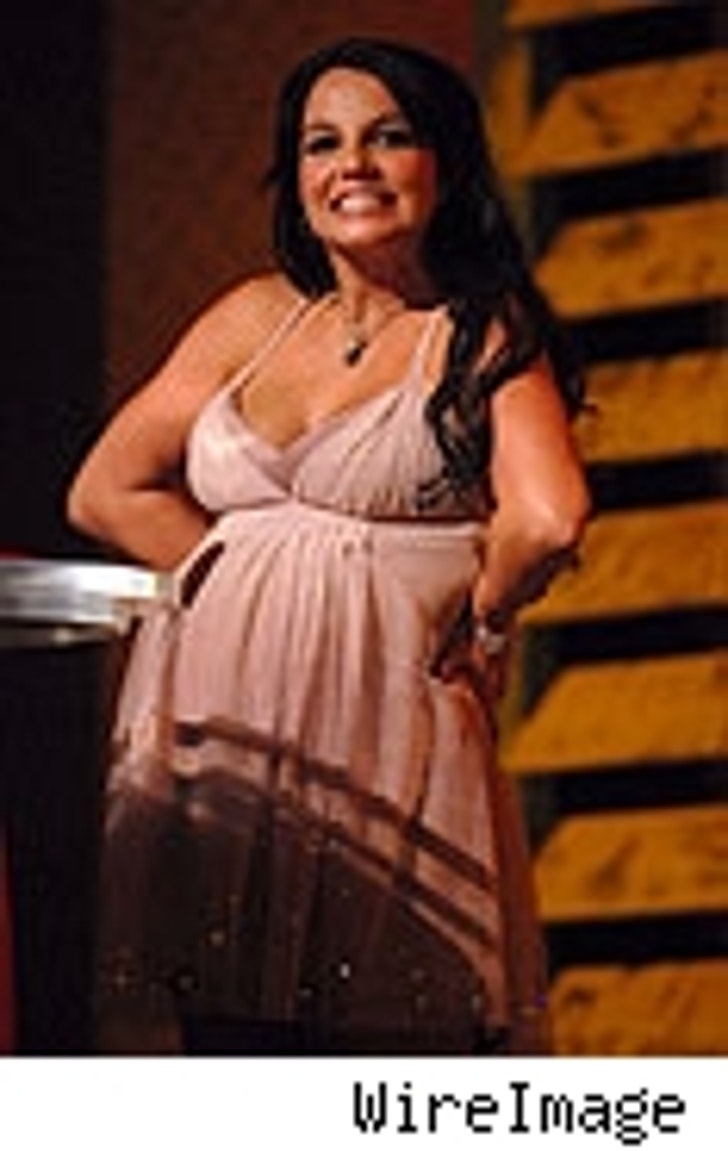 Just a day after saying it would censor the Britney Spears Harper's Bazaar's cover on its walls, the Tokyo subway authority said it will allow the ad to appear without any concealment. Officials say they understand now the picture was meant to be of a happy mother, and not sexually explicit ... Matthew McConaughey had an unwelcome visitor in his car in Miami Beach the other night – a young woman followed him out of a club, and got into a car with him. Thirty seconds later, she was kicked to the curb, says Ben Widdicombe, and Matt drove off with Lance Armstrong and a blond lady friend ... Walter Cronkite, the eminence grise of CBS News, has recorded the voiceover for the opening of the new "CBS Evening News " with Katie Couric. Though the opening has been used in rehearsals, there's no word on whether it'll be in the final broadcast.