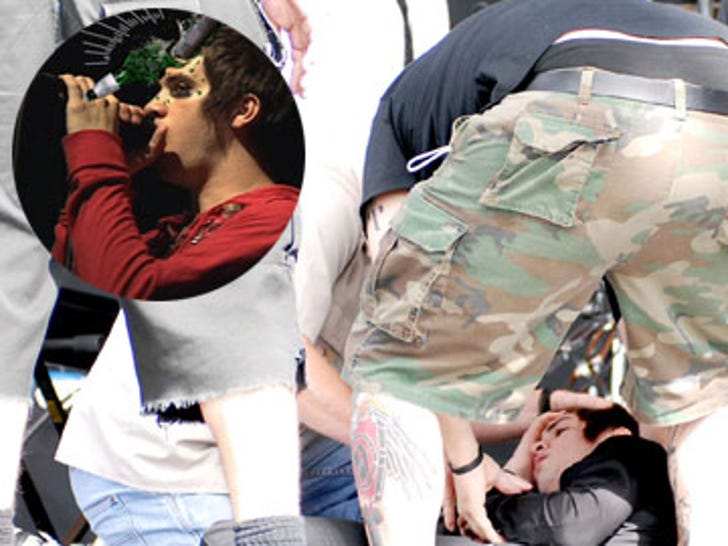 Panic! At The Disco frontman Brendan Urie was hit by a bottle seconds into his band's set on the Main Stage at the Carling Weekend: Reading Festival this afternoon. While beginning their opening song, the singer was struck in the face by the projectile thrown from the crowd. Urie immediately collapsed on the stage floor, forcing the group to stop playing. The singer was then surrounded by his band mates and roadies for several minutes before he managed to get back to his feet. 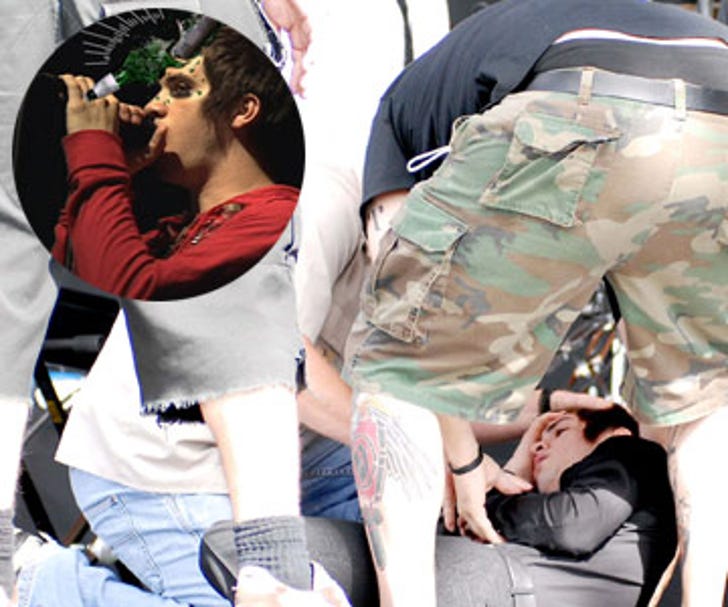 Folks who attend the Reading Festival take a certain personal pride in the stature in which the Festival has obtained. Over the years they have established an infamous reputation for being brutally unforgiving when it comes to bands they believe lack in the credibility to play their stage.

This is not the first time a prominent American band has not faired too well at the Festival. At the 2004 Festival 50 CENT and his G Unit crew suffered the same fate.