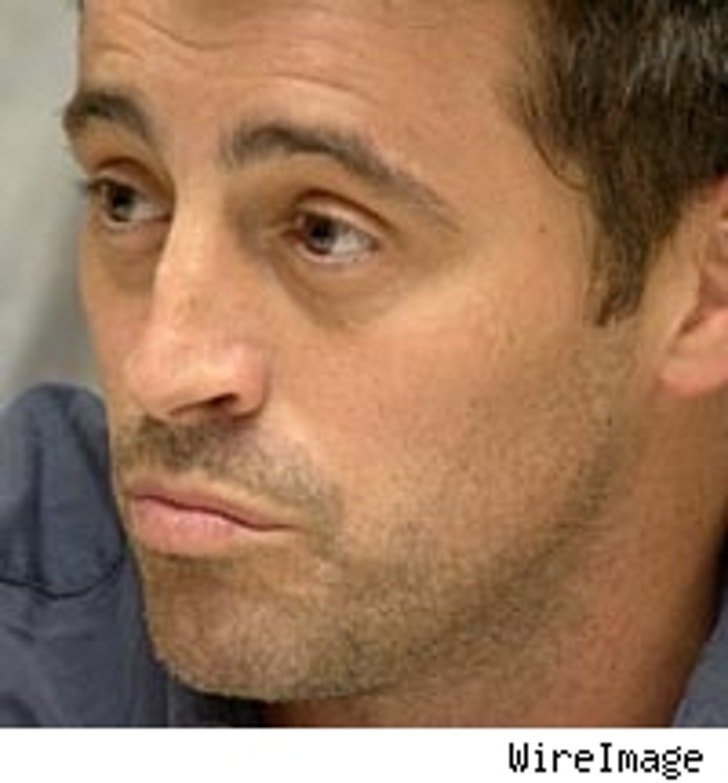 Matt LeBlanc has been hit with a decidedly unfriendly lawsuit by a woman named Stephanie Stephens. The lawsuit refers to statements LeBlanc made to the National Enquirer in August of 2005 in an article titled "Matt LeBlanc: My Wild Night With a Stripper."

The suit, obtained by TMZ and filed Tuesday in Los Angeles County Superior Court, alleges that LeBlanc "did intentionally slander" and make "false statements" to the National Enquirer. In the article LeBlanc says, "The stripper was all over me ... I was drinking, and she was crossing the line ... pushing her breasts into me and grabbing my hands to go all over her body."

"I acted like a fool," he told the tabloid, "in allowing myself to be led astray and placed in such a horrible situation and I feel ashamed. As a family man, I've asked myself, 'How could I have been so stupid and naïve to get myself into such a situation with a stripper?'"

Stephens claims she was "never sexually aggressive" and "never engaged in any sexual touching" and "all contact between [LeBlanc] and [Stephens] took place in the privacy of [Stephens'] home."

Stephens is seeking unspecified damages. In the article, the stripper was never identified.

A rep for LeBlanc was not immediately available for comment.

LeBlanc's wife Melissa filed for divorce from the "Friends" star in March of 2006. The couple has a two year-old daughter together named Marina Pearl.