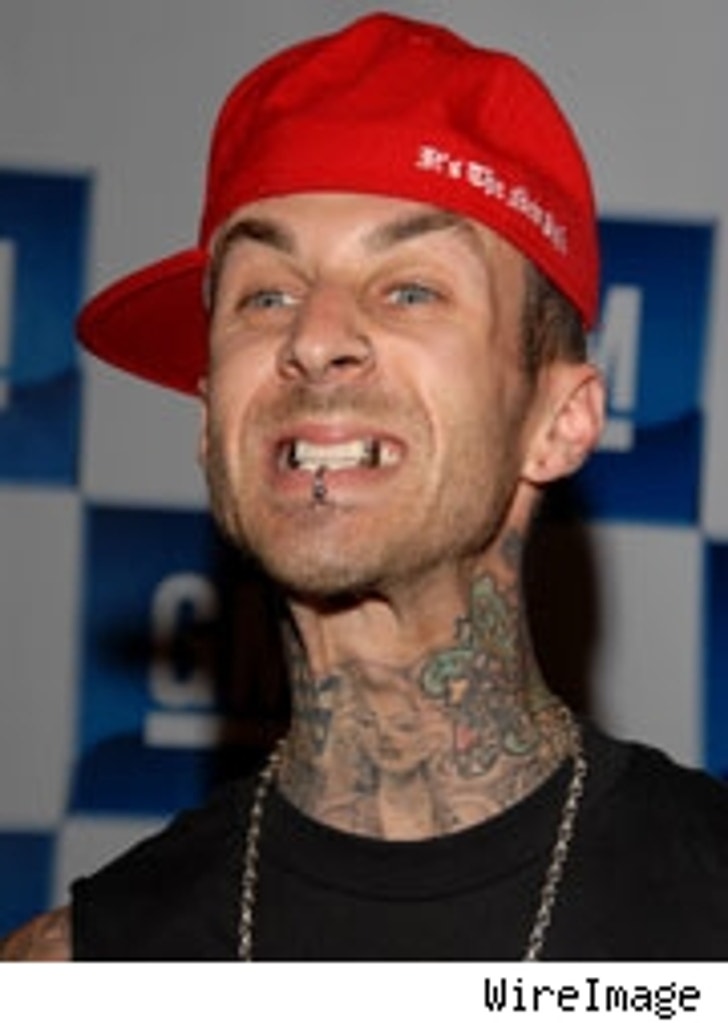 Travis Barker may still be separated from his former co-star in "Meet the Barkers," but at least he's moving on with his professional life. Barker and former Blink-182 bandmate Mark Hoppus have reunited to form "+44" and are set to release a new record, "When Your Heart Stops Beating" (Interscope Records), on November 14th. Hoppus and Barker also produced the album, along with longtime Blink-182 producer Jerry Finn

From the sound of things, fans of Blink-182 will be happy with the new band. "We were two-thirds of Blink-182, so we're not afraid of sounding like ourselves," says Hoppus. "We're not divorcing ourselves from the past, but we are pushing beyond the past. We're progressing like musicians should." Barker agrees: "Mark and I have a natural chemistry after playing together for so long and it's only gotten stronger. This band is a continuation of blink-182 but it's also different. For a long time, blink-182 was an underdog. I like being the underdog again."

Of course, they aren't the only Blinkers moving on. Since Blink announced an indefinite hiatus last year, the other star of the band, Tom DeLonge, has been garnering rave reviews for his Angels and Airwaves project. I'm betting Barker and Hoppus do just as well on their own and that somewhere down the line these three will be on the same stage again as Blink 182.