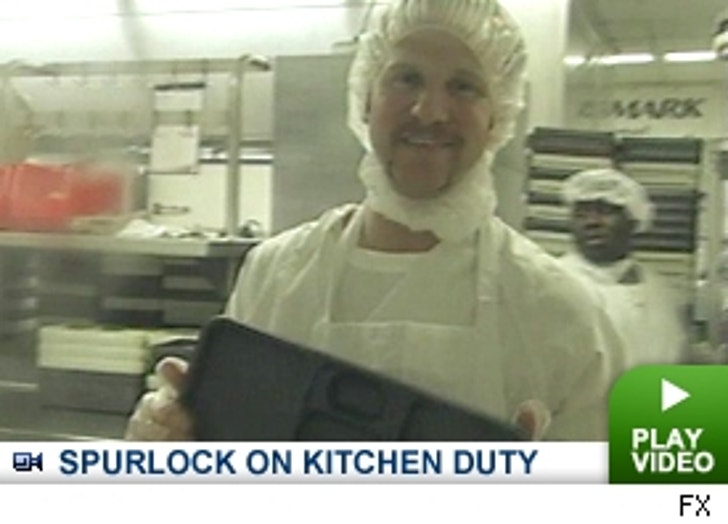 For the second season finale of the FX show "30 Days" (tonight at 10PM), Morgan Spurlock played the role of "test subject" by spending 30 days in jail. Morgan's mission wasn't to find out whether or not jail was horrible (Um, yeah. Jail sucks), but whether or not jail actually helped anyone.

Morgan was escorted to prison in handcuffs and treated just like any other prisoner. Once inside, he learned his fellow cellmates had each been in jail three times and happened to be cousins. Morgan was assigned to work in the prison cafeteria -- a 15-hour shift without pay. The average price per tray of food is $0.67.

As Morgan's 30 days went on, the focus became less on Morgan and his experience (his 72-hour stint in solitary was particularly harrowing) but more on his fellow inmates. Does the prison system really do all it can to rehabilitate its inmates? Or is it just a system that keeps chugging along, afraid of change?

When Morgan is finally freed from prison, you're less concerned about Morgan's well-being, and more curious to see how his new friends will turn out. The answer is sadly predictable.