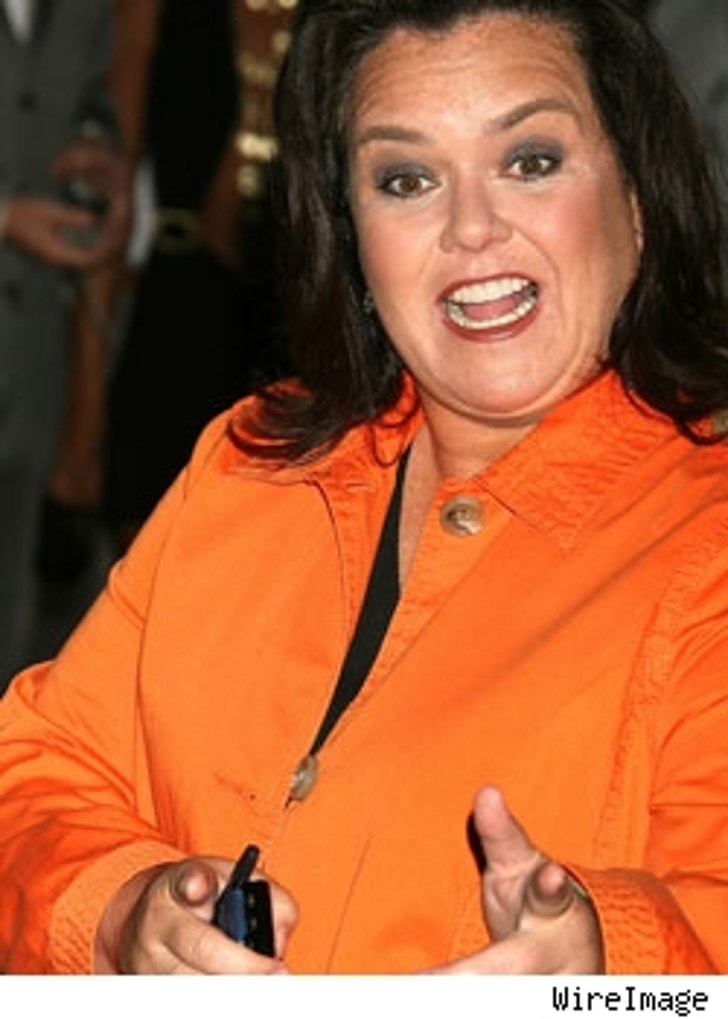 Just days before her debut on "The View," Rosie O'Donnell is dropping some details about her new gig on her ever-active blog at rosie.com. Among other things, we learn that she's taking Meredith Vieira's dressing room, that ABC is already prepping her for what she can and cannot say, and what her take on the whole did-Meredith-really-say-that fracas is.

In her latest blog entries, expressed in her customary haiku-ish shorthand, Rosie says that she recently met with the network's standards-and-practices people, the folks who make sure nothing untoward comes out of her -- and or any of the other "View"-ers' -- mouths. According to Rosie, "They told me all the stuff I know/still made me panic/a little." She adds that she's only cursed once in six years on live TV.

Then, in response to a question from a fan, who asked her why Meredith Vieira would "diss" her former show and Barbara Walters (which, it turns out, she didn't), Rosie clears it up: "She did not diss barbara/everybody breathe." Finally, Rosie reveals that she won't run the risk of absorbing of any of Star Jones' bad karma, as she'll be putting up shop in Meredith's old dressing room at "The View."