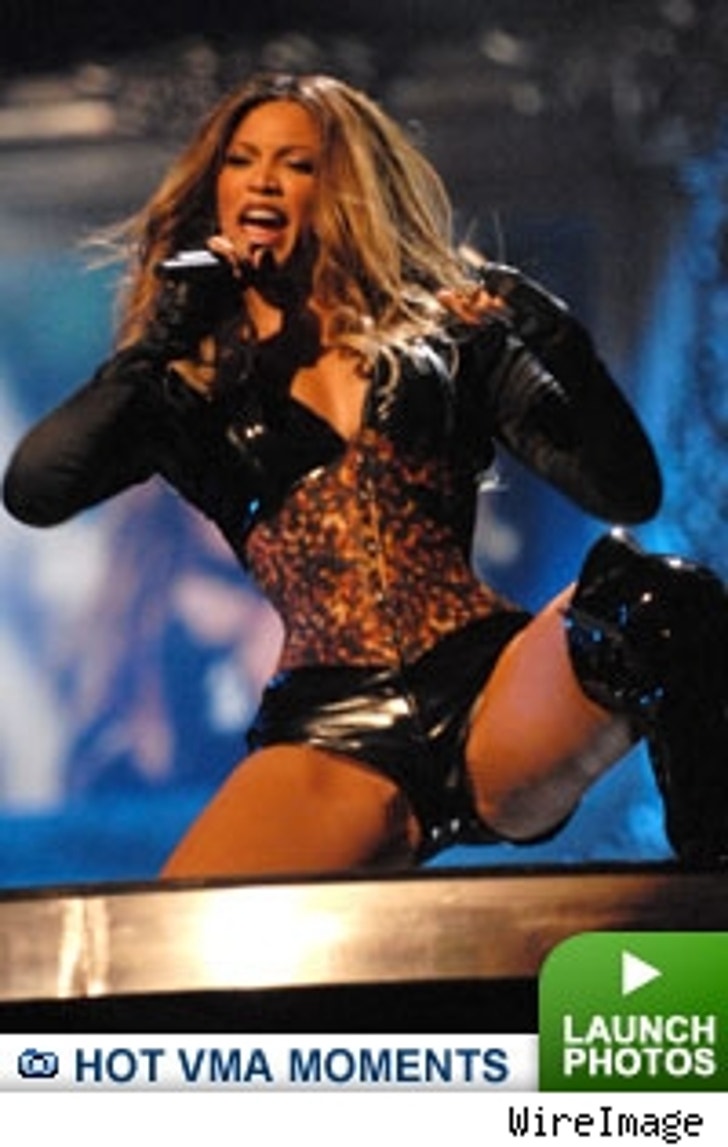 The biggest names in music rocked Radio City Hall in New York last night for the 2006 MTV Video Music Awards. While some critics have already panned the show as one of the worst in years, you can't blame the stars.

A leather clad Beyoncé rocked the house with her new single "Ring The Alarm," Shakira gyrated all over the place in belly dancing garb and Fall Out Boy's Pete Wentz even brought a monkey to the red carpet.

Check out TMZ's gallery of the hottest people, moments and on stage performances from the evening. It might be easier than sitting through the three-and-a-half hour show again.