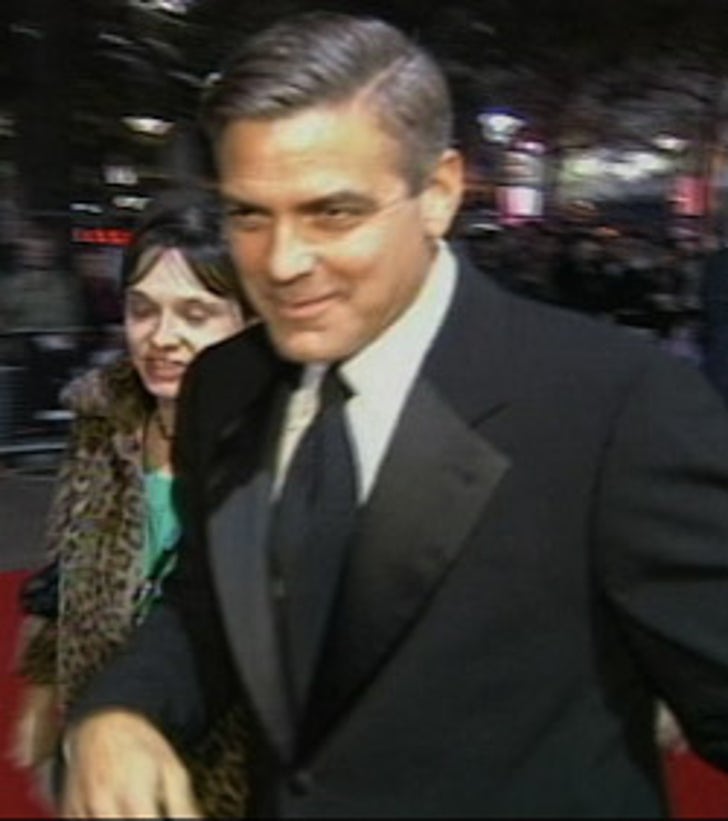 It isn't all work for George Clooney while he films "Ocean's 13." According to an insider on set at the Warner Bros. lot, George Clooney spends every free minute he has off camera on the court. The basketball court that is.

This isn't the first time we've heard of Clooney's hoop obsession. Back when George was on the cast of "E.R.", Warner Bros. actually built him his own court on the lot. Some actors do breathing excercises to prepare, Clooney shoots hoops. What a life!!