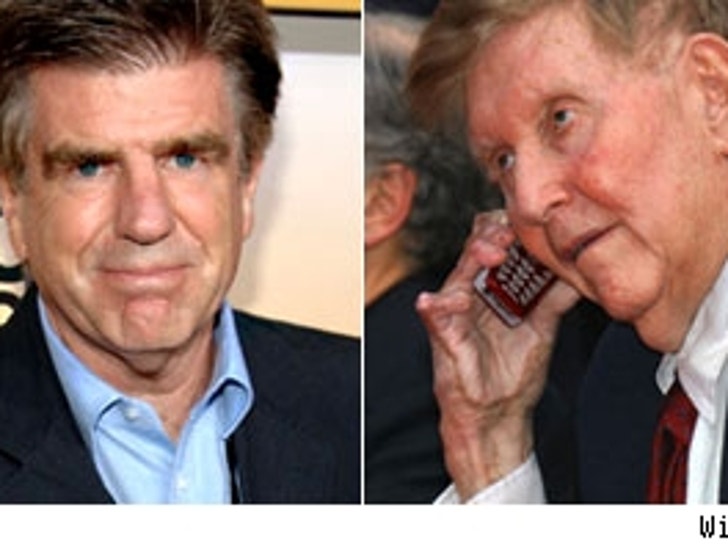 Since time immemorial, Hollywood has waited until just after Labor Day to uncork its nastiest surprises to the media. 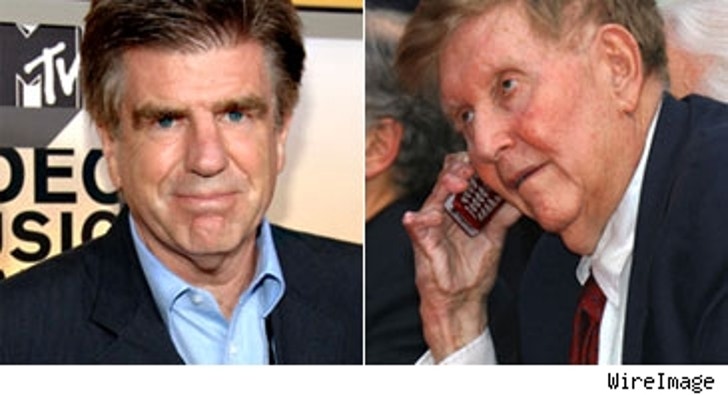 This year was no exception. Despite having the best hair in the business, MTV's longtime architect and current Viacom CEO Tom Freston has been canned.

Freston's departure from Viacom is such a bombshell, one hardly knows where to begin. On the one hand, it's fantastic theater, with classic - almost cliched - melodramatic trappings of business soap opera. (One imagines a scarlet-to-purple faced Redstone bellowing at his well-coiffed lieutenant, "I told you to make that deal, and you didn't! You're fired!")

On the other, it clearly shows where traditional media is headed: On-line, dummy.

In other words, in a world with a brand like MTV, why does MySpace even exist? Indeed, why wasn't social networking simply part of MTV.com?

But in examining the firing of Tom Freston, we should begin with what loaded the gun, and then move on to what pulled the trigger.

Two weeks ago, "Daily Variety" correspondent Jill Goldsmith filed a story that would have been the writing on the wall, were it not for the vigorous denials of an unnamed corporate flack.

"...[recent] headlines over MySpace.com were the latest in a series of media stories touting its triumphs, including a lucrative pact with Google, a deal to download movies and the seven trillionth subscriber.

All this attention has made Viacom execs eager to explain why they didn't snap up MySpace. At media conferences, Viacom execs have said it's simple: The price was too high, and MySpace just didn't fit with Viacom's financial metrics. According to one company insider, however, Viacom CEO Tom Freston was asked by chairman Sumner Redstone to go to San Francisco to get the deal done but never went. [itals ours]

In Viacom's own CBS MarketWatch coverage of Freston's firing, what does Viacom chairman Sumner Redstone say?

That Freston successor Phillipe Dauman would "never, ever, let another competitor beat us to the trophy."

(As Bloomberg.com recognizes, "Dauman's background is in mergers and acquisitions, not in media programming.")

Now, some housekeeping and some other delicious behind the scenes details. As to housekeeping, the Wall Street Journal notes that "the 60-year-old Mr. Freston has been under pressure because of Viacom's sluggish price, down 7.6% since separating from CBS Corp. on Jan. 3."

But it also notes, as yours truly did two weeks ago, that Freston's authority within Viacom appeared seriously undermined after Redstone shot Tom Cruise out of a cannon in August. in a recent City of Industry post entitled "Now Who's Running Amok?" we pointed out that the ancient Redstone had gone on the warpath against his CEOs many times before whenever he felt marginalized.

"his castigation of Cruise is said by knowledgeable insiders to have taken both Viacom co-CEO Tom Freston and Paramount Pictures chairman Brad Grey by complete surprise...Some posit that the rationale for Redstone's indelicate (and apparently, unadvised) harangue was to take back the limelight he'd lost earlier this year. In essence, his Cruise missile was fired to reassert himself into the running of a company he'd split in two in January and divided between Tom Freston of MTV and Leslie Moonves at CBS. Based on Redstone's previous behavior, it's not such a wild theory: Redstone has gotten into fisticuffs with major Viacom execs before, including former Viacom CEO Frank Biondi, who Sumner fired because he wanted to run the company, and with Mel Karmazin, who so tired of being co-opted that he decamped Viacom's CBS for Sirius Satellite Radio."

Well, if the future is any indication at all, Dauman would be wise to open his checkbook and just buy YouTube.

As a July think-piece in Variety observed, "it's new media that Viacom and particularly MTV really need to focus on. With a median age of 21, MTV's viewership is most likely to fall into the category that spends more time logged on than tuned in; a recent study noted people ages 13-24 now spend as much as 25% more time online than watching TV.

Oh. and, Phillipe: If Sumner even hints that "I might find it amusing if I had diet Coke," I'd suggest dropping everything and getting your one calorie ass in gear to get him that soothing beverage, pronto. Even at 83, Sumner Redstone has again proven that he's no one to be ignored.