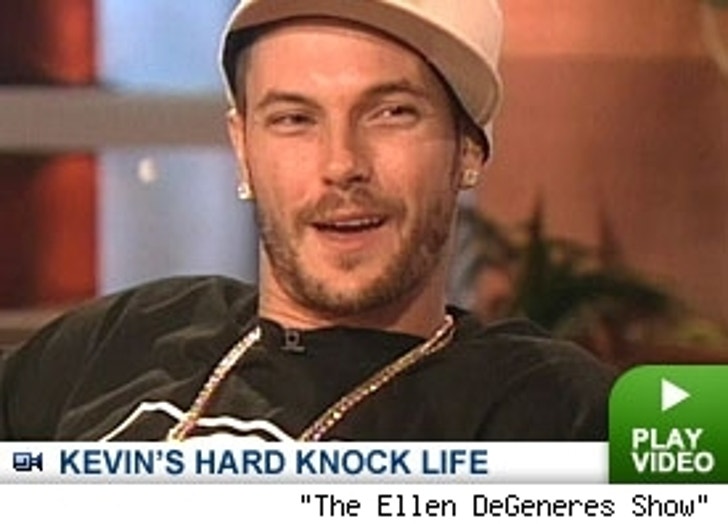 Kevin Federline will appear on "The Ellen Degeneres Show" today to talk about living in the shadow of Britney Spears and the constant press scrutiny put on their lives.

"I would be lying if I didn't say it was tough," says Federline about being Mr. Spears, "I think the expectation is real high for me you know, it's like you see my wife here she is this huge superstar everybody loves her, all of her music is just hits after hits and it's hard to compete."

Even though K-Fed hopes his new single "Lose Control" will be the next "Toxic," the musician claims no rivalry exists at home. "I don't see it as a competition you know? Maybe other people are putting it in that perspective, but to me it's not a competition ... I just have fun. I love rapping and making music period."