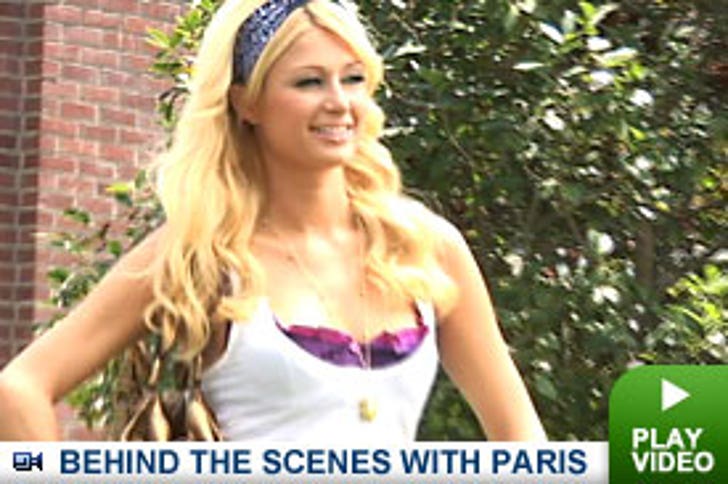 Shooting a music video isn't always glamorous – unless Paris Hilton is involved. TMZ was the only crew invited to the set of Paris' new music video, "Nothing In This World." The song is the 2nd single from Paris' debut album, "Paris."

Paris was on set in front of a house in Pasadena where temperatures reached 95 degrees. It was a little hot for Paris – understandable as she was on set all day.

In the scene, Paris had to get out of a car and walk across the front lawn of the house, commenting "Cute dog" along the way. Hilton was decked out in a white tank top (with some kind of frilly purple undergarment on underneath) and a pair of jeans.