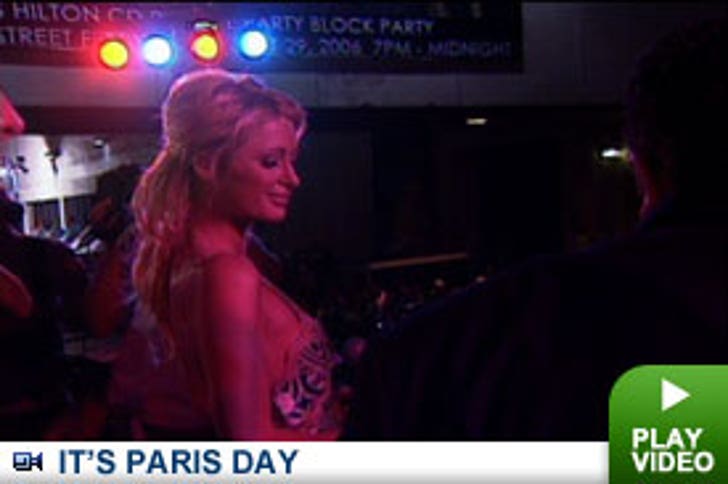 Yesterday the Mayor of Las Vegas proclaimed August 29,2006 Paris Hilton Day and gave the budding popstar the key to the city. News of the impending apocalypse to follow.

Comedian Jeff Beacher introduced the heiress in front of a packed crowd at a Vegas block party.

Hilton proclaimed her love for Vegas saying it's her "favorite place in the world to come to party." Considering her good time girl reputation, that's a huge compliment.

Afterwards, Paris did what she likes to do best in Vegas and partied the night away at Pure nightclub. 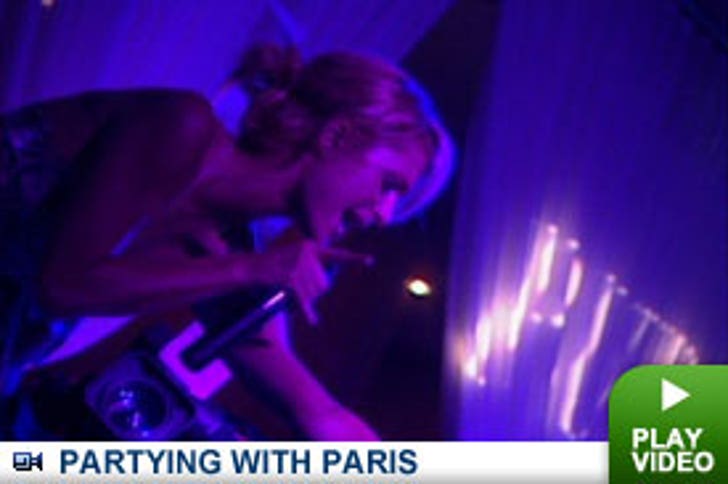 Hilton danced on a table and "sang" songs from her new album, which, believe it or not, debuted at #6 on the Billboard charts.

Luckily the clock struck midnight, ushering the end of Paris day, and all was right with the world.