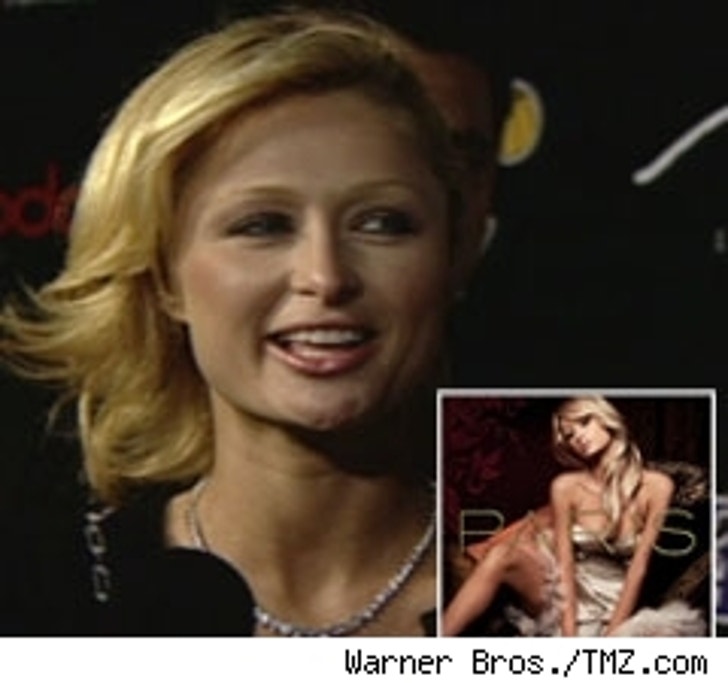 Whether or not it ends up going platinum, Paris Hilton's debut album isn't in as dire commercial shape as reports have suggested. With a first week tally of 75,000 units, "Paris" compares favorably to several recent releases by such established artists as Los Lonely Boys, whose third album sold 67,000 copies, and Keane, whose much-anticipated sophomore effort moved 76,000 units.

Countering suggestions that "Paris" was a flop, and that international audiences in particular have given the album a cool reception, Hilton's rep, Elliot Mintz, tells TMZ that "Stars Are Blind," the first single from the album, is "a top ten single all over Europe," and that it has reached the top spot in several countries, including Sweden and Thailand. (Who knew that the Thais had gone so ga-ga for Paris?)

Mintz also says that the CD has sold "over 360,000" units throughout the rest of the world, though a music industry insider tells TMZ that such international figures are highly unreliable, as there is no standardized measurement system outside the US market. But the same music-biz veteran adds that judging the success of an album based on its first-week sales is a mistake, since unlike feature films, albums have a much longer shelf life. And if Paris has proven anything, it's that just when you thought she was taking a licking, the girl keeps on ticking.