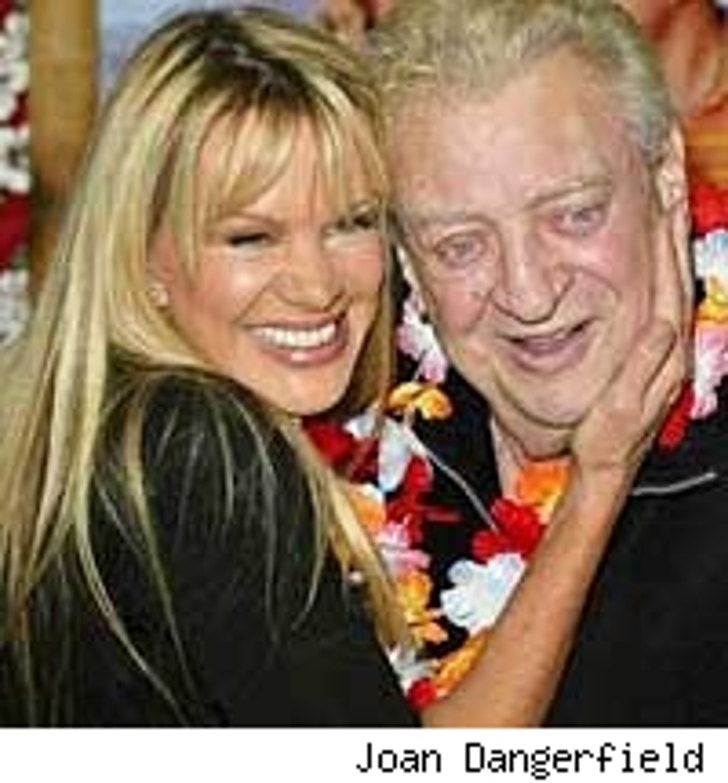 Joan Dangerfield, Rodney Dangerfield's widow, has filed a lawsuit against Melanie Roy-Friedman, the late comedian's daughter from a previous relationship.

Joan Dangerfield is accusing Friedman of copyright infringement and fraud for attempting to distribute a 1988 video of the legendary comedian's Las Vegas act.

In the lawsuit, Joan claims that Melanie persuaded Rodney to allow her to videotape his act for her "personal use, so that her future children could see it." Melanie then allegedly gave Rodney a copy of the video, but told him it was the master copy. Years later Rodney learned he did not have the master and asked Melanie for it. According to the lawsuit, Melanie refused to return the video saying it was her "personal property."

The lawsuit further states that Rodney was always hesitant to film his act for fear of being exploited. And after his death, that is what Melanie did, according to Joan.

Melanie registered the video with the United States copyright office and, according to Joan, misrepresented that she was the video's sole author and owner.

The lawsuit also claims that after Melanie failed to sell the video to HBO, she entered into a deal with Comedy Central.

Although Joan is not seeking to stop the airing of the Comedy Central special, she is seeking to stop further acts of copyright infringement. The lawsuit also asks that all copies of the video be impounded and returned to Joan Dangerfield.

A call to Melanie Roy-Friedman was not immediately returned.