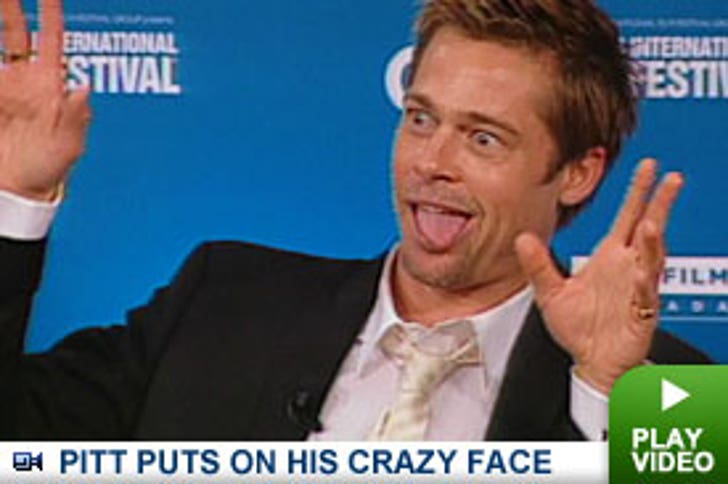 While in Toronto promoting his new film, Brad Pitt referenced Mel Gibson's recent DUI arrest as cameras snapped his photo. After cracking a funny face, the actor joked, "That's the picture that's going to end up when I have a breakdown or something ... when I get arrested for a DUI late at night, make racial slurs or something."

Pitt also talked candidly about his children with Angelina Jolie, worrying about them seeing his past films. "Oh my God, what did I do? What are they gonna see? Films from the past, I start making that list and ah, but it definitely colors what I'll approach in the future, I'll try to be a little bit more mature about my decisions."

While Maddox, Zahara and baby Shiloh probably won't be seeing Pitt's "Seven" or "Interview with the Vampire" anytime soon, it's Angie's repertoire he should be worried about -- "Original Sin" and "Gia," anyone?