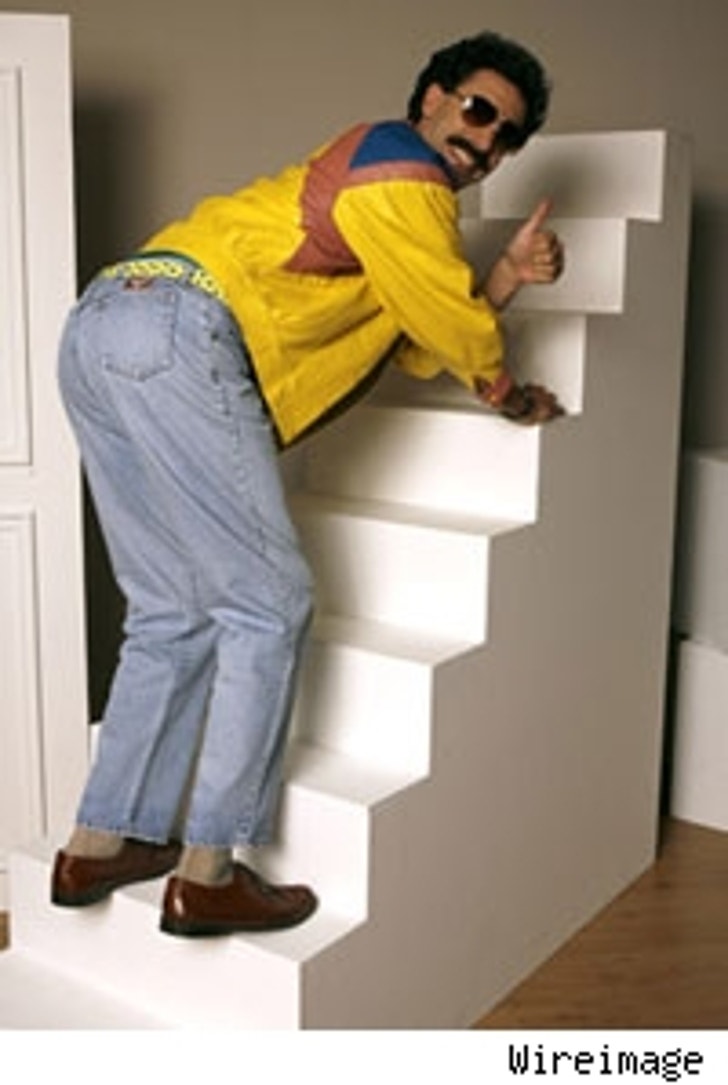 Comedian Sacha Baron Cohen was already in hot water with members of the international community over his controversial (and extremely hilarious) Borat character, and now President George Bush himself is going to weigh in.

The government of Kazakhstan became infuriated with Cohen over his portrayal of Borat, a bumbling Kazakh TV reporter, at the 2005 MTV Europe Music Awards in Lisbon. The upcoming movie, based on Borat's adventures in the US, has surely reopened the wound.

In the opening scene, Borat reportedly kisses goodbye to his sister (who he touts as one of the top prostitutes in all of Kazakhstan by the way) and sets off for America in a car pulled by a horse. The movie was hailed as a comedic gem when it debuted last week at the Toronto International Film Festival.

But not everyone is laughing, especially Kazakhstan's president Nursultan Nazarbayev, who is set to meet with President Bush in the coming weeks. Among their list of topics to discuss is the damage done to his country's image by the Borat character.

President Nazarbayev also claims his government will buy "educational" TV spots and print advertisements about the "real Kazakhstan" in a bid to save the country's reputation before the film is released in the U.S. in November.

Despite the hilarity of the situation, The Kazakh government is very serious about the issue. In fact, they have previously threatened the British funnyman with legal action for Borat's memorable and controversial antics, which include constantly ripping his homeland, demeaning women, and urging folks to "Throw the Jew Down the Well."