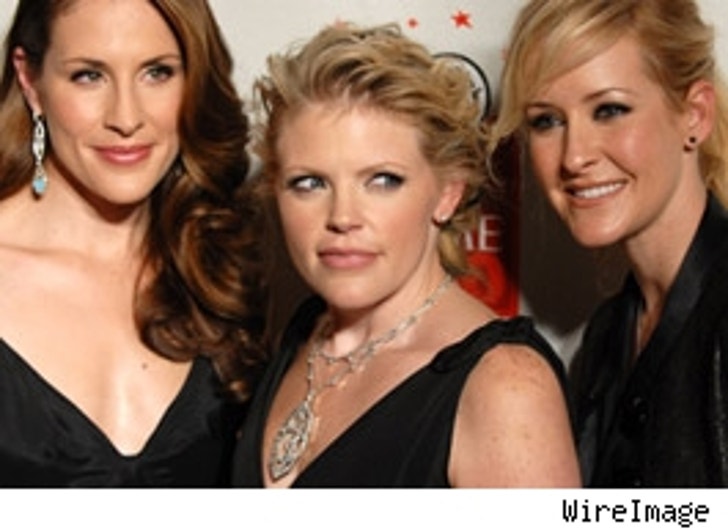 It's been more than three years since the Dixie Chicks sparked a media firestorm by announcing they were "ashamed the President of the United States is from Texas." Now, the embattled country stars are reigniting the blaze with a highly controversial documentary featuring lead singer Natalie Maines calling President Bush a "dumb f---."

According to Entertainment Weekly, one memorable scene from "Dixie Chicks: Shut Up and Sing" shows the singers watching a news report on President Bush's reaction to their infamous on-stage comment. In the report, Bush says ''the Dixie Chicks are free to speak their mind,'' adding, ''they shouldn't have their feelings hurt just because some people don't want to buy their records when they speak out. You know, freedom is a two-way street.'' After watching this footage, Maines then repeats the president's comment and says, ''What a dumb f---.'' She then looks into the camera, as if addressing Bush himself, and reiterates, ''You're a dumb f---.''

The documentary, directed by two-time Academy Award-winning Barbara Kopple, travels with the Chicks, from their peak of popularity as the national anthem-singing darlings of country music and top-selling female recording artists of all time, through the now infamous anti-Bush comment, and on through the days, months and years of mayhem. The film is set to premiere tonight at the Toronto International Film Festival, where for some odd reason (possibly that our neighbors to the north aren't exactly fans of our nation's leader), it's expected to be a huge hit.