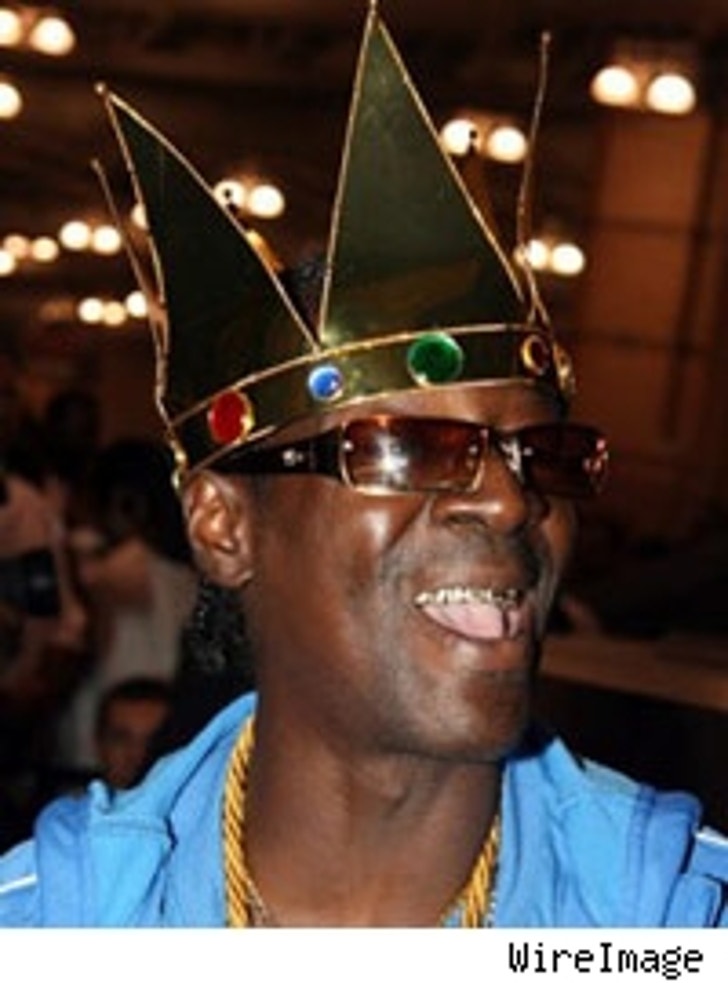 Gangsta-rapper-turned-reality-TV-sensation Flavor Flav will release his first, and he says only, solo album at the end of October, reports Karu F. Daniels of the AOL BV Newswire. The star of VH1's runaway hit "Flavor of Love," which recently had its second season premiere, says the long-gestating project, to be titled "Flavor Flav," will be produced on his own Draytown Records label. (Flav's real name is William Drayton, Jr.)

"I got some things off my chest, but not all," says Flav of the new album, adding that he intends to make this effort one for the ages. "What I'm gonna do is make this one a collector's item. My first and only solo album, ever." The first single, says BV Newswire, will be a "rock-rap fusion" track titled "Flavor Man." Collaborators will include Smooth B. and Collition.

And the afterglow of Flav's show will extend to one lucky contestant from season one of "Flavor of Love"; Variety reported earlier that VH1 was planning to do a spinoff with an as-yet-unnamed contestant from the first season.

Can't get enough Flavor in your life? Never fear. Flav rolls into daytime television as a guest on "The Tyra Banks Show" September 22nd.