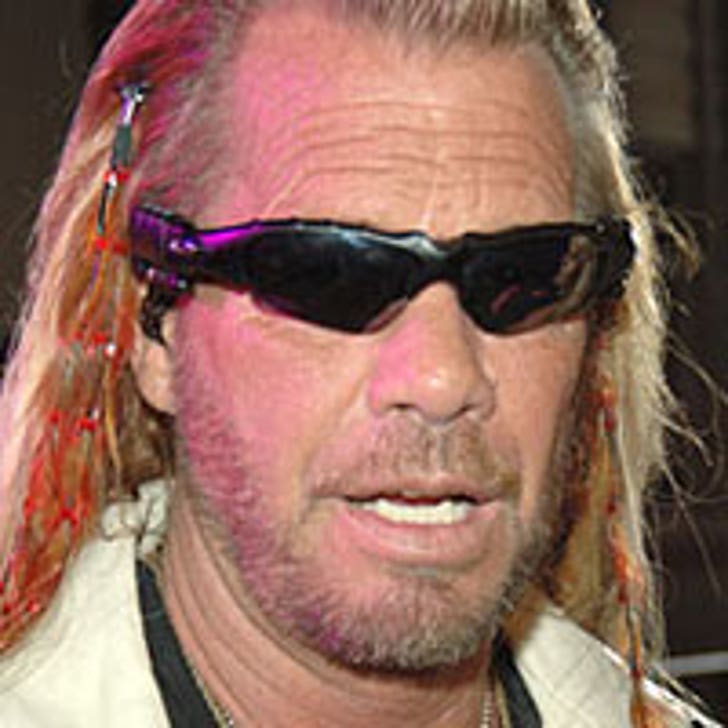 In 2003, Chapman traveled to Puerto Vallarta, Mexico to retrieve Max Factor cosmetics heir Andrew Luster, who was wanted in the U.S. on rape charges. Luster is now in jail, serving a 124-year term. The Chapmans were jailed in Mexico for a brief time for the incident three years ago. Bounty hunting is considered a crime in Mexico.

Dog's wife, Beth Chapman, said 12 armed marshals "came through the door" at 6:00AM this morning. She said they took their daughter's boyfriend down at gunpoint. Dog was sleeping at the time.

TMZ spoke with Nicky Credic from the U.S. Marshals Office. She said, "The arrest warrant was signed by a U.S. magistrate in Hawaii on September 13. The warrant was based on a formal request based on a diplomatic note from the government of Mexico."