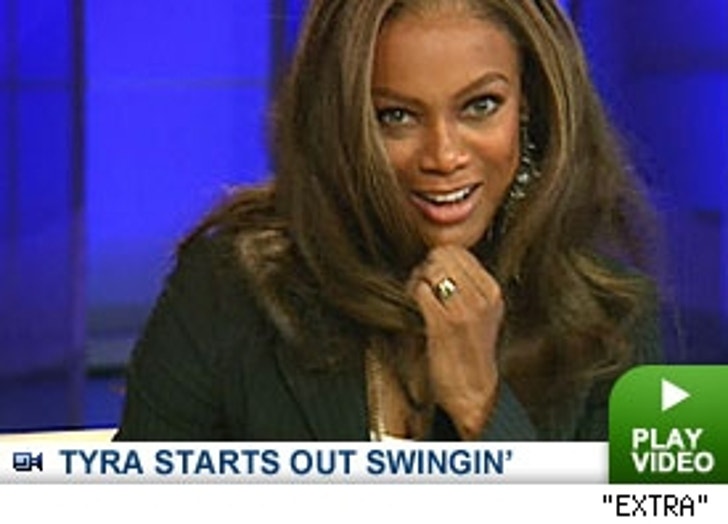 Tyra Banks isn't messing around this season, giving both her set and her own skills a boost during her show's hiatus.

"I'm a much better host, I actually had training over the summer ... I'm ready, my coach comes and we watch tapes of myself, he points out my weaknesses," says Banks about the second season of her talk show.

"I didn't understand how big a season two was," admits Tyra, "and then I found out that over 90% of talk shows fail and do not get a second season, so to be in that little 10% feels really good."

With one season under her belt, Banks promises the new one will be even better than the first -- and with upcoming guests like Nicole Richie and Beyoncé Knowles, she's definitely off to a strong start.