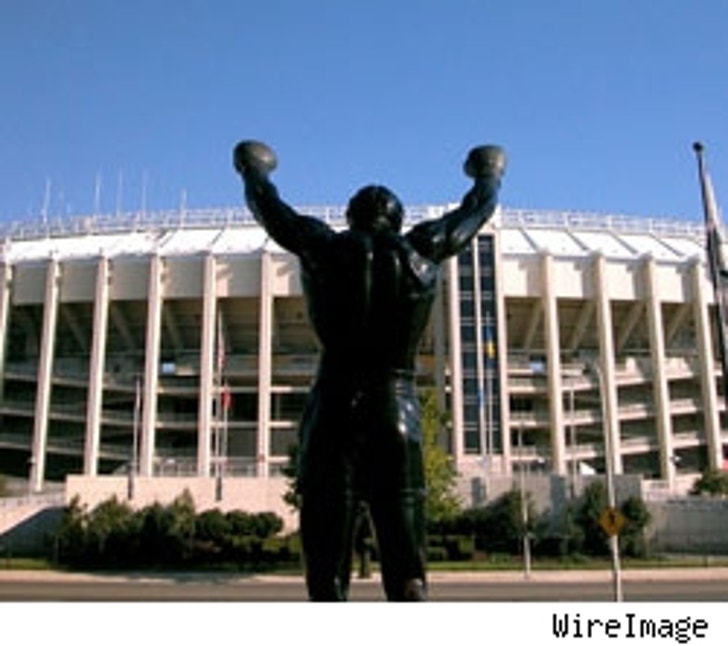 Obviously, TMZ is focused on the Hollywood scene with a fair amount of NYC coverage as well. This focus makes sense given that these two cities are the seats of power for the entertainment industry. However, there are some other hot spots making serious contributions to both the major label and indie scenes that are worth exploring. I'll start off with a look at the Philadelphia music scene, in what I hope will be a rotating look around various cities and regions that are putting out some great music.

Philly has a great scene and is no slouch when it comes to producing major stars. Will Smith, Boys II Men, the Roots and Grammy Winner Jill Scott all hail from the City of Brotherly Love. In addition to these big names, there are a host of rising stars garnering well deserved national buzz.

Park the Van Records is making a national splash with nearly its entire roster hailing from the City of Brother Love. Dr. Dog, whose video has done very well on MTV2, the Teeth and National Eye are fast becoming national indie rock darlings and have the kids in Philly dancing down South Street and beyond. Dr. Dog will soon hit the road with Jack White and the Raconteurs.

Philly's Alec Ounsworth is the lead singer for what has been by far the most sought after indie band in the U.S., Clap Your Hands Say Yeah. Some of you will note that most of the band lives in Brooklyn. While that is true, Alec still lives in Philadelphia and pushes his hometown's music scene like a good loyal son. Major labels have been salivating to sign CYHSY after the band sold tens of thousands of records on its own (an amazing reported 90,000+ in the U.S. alone), but the band has impressively declined all overtures to date. They are working on new material and much of the industry is anxious to see whether they remain a self-contained indie juggernaut or buy into the lure of the big label money machine.

Clive Davis had his J Records team swoop into Philadelphia, not to order a cheese steak, but to land rock and rollers Silvertide. Philly area filmmaker M. Night Shyamalon hooked his homies up with a performance cameo in his movie, "Lady in the Water" and featured two Silvertide tracks on the soundtrack. These guys are renowned for a great live show, catch them when they come your way.

Amos Lee is one of the best singer-songwriters in the game right now. The Philly native has toured with heavyweights like Norah Jones and Bob Dylan, but will look to breakout into headlining as he's set to release the follow up to his impressive self-titled debut. His new record "Supply And Demand" drops October 3rd.

And, there is plenty of talent left in the Philly unsigned band talent pool for record execs to choose from: the Pawnshop Roses, the Difference, Ike, Jealousy Curve and many others have got the goods to join their Philly forebears on the national scene.