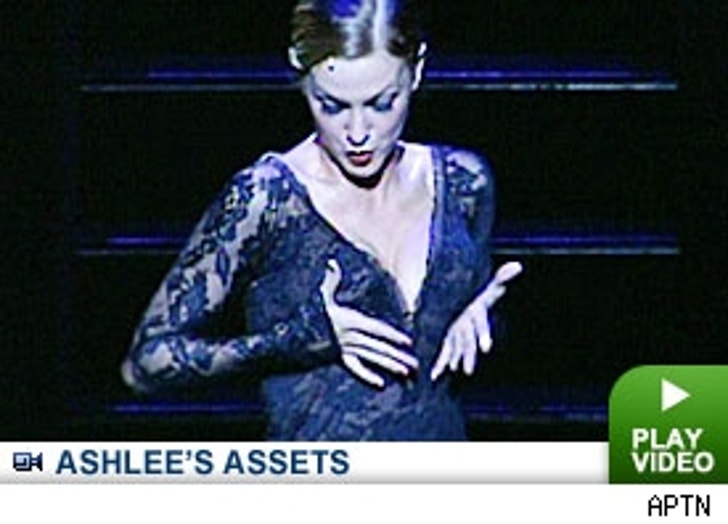 Though keeping mum on plastic surgery rumors, Ashlee Simpson had no problem talking about the "curse" put on her by a Texas priest.

Reverend Harrington recently slammed both Ashlee and sister Jessica, saying the girls "breasts will sag and their faces will wither and they will be left with nothing but a hollow shell," adding they've become obsessed with money and don't represent Christian standards.

Ashlee's response -- "I just think that story is a bit crazy. You should watch what you say about other people's kids, especially if you're planning on having any of your own."

The brave reporter, interviewing Ashlee at her London rehearsals for her stint as Roxie Hart in 'Chicago', also dared to asked her about the recent rumors alleging her and sister Jessica have had plastic surgery. Simpson's response -- "I would rather keep this about 'Chicago.'"

Ashlee also dispelled rumors of competition between the starlet siblings -- "I don't have that because we're sisters, we gotta be there for each other" -- and adds the whole family will be in town for her premiere next Monday.