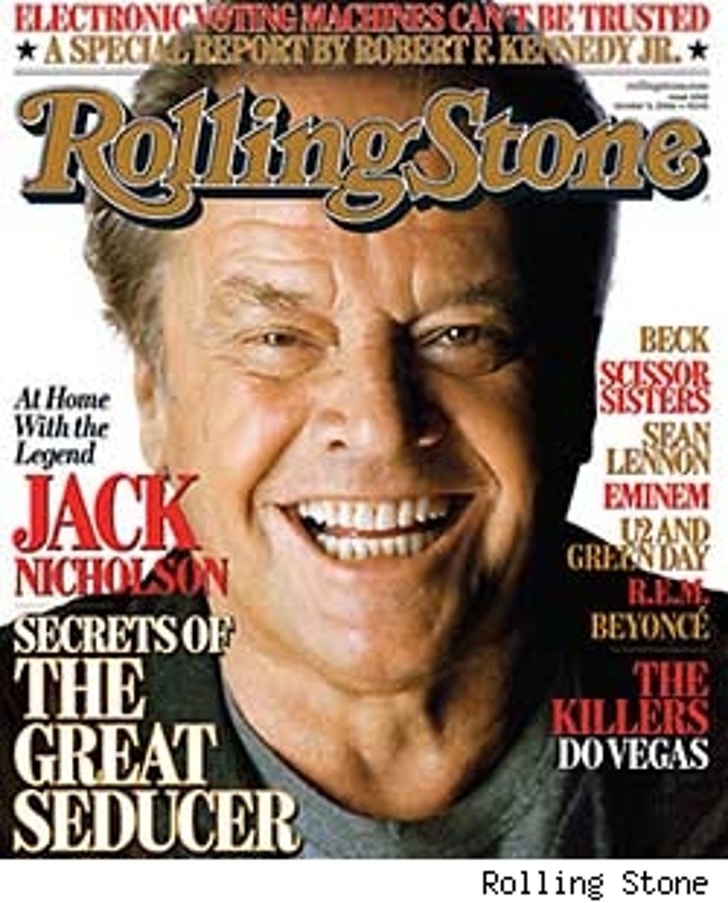 A 69-year-old talking about sex is usually a little creepy. But when that 69-year-old is Jack Nicholson, we're all ears.

Nicholson is on the cover of the latest issue of Rolling Stone talking about his dating habits (he can't remember the word "monogamous"), his lack of protection (he claims to have never bought a condom) and his sexual partners (he says they have ranged in age from 21 to 69 in the last year).

"I do like company when I have it. That's always exhilarating," he told the mag. "I'm unattached for quite a while so I have varied company."

The issue of Rolling Stone, with Jack's smiling mug on the cover, hits newsstands on Friday.