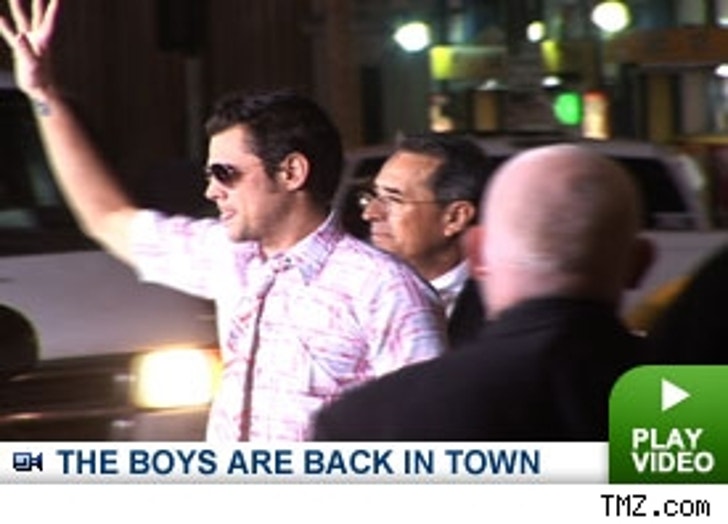 The streets were filled with screaming fans outside the Chinese Theater in Hollywood for the premiere of "Jackass Number 2". Knoxville, Steve-O, Chris Pontius, Dunn, Preston Lacey, Bam Margera and even Bam's parents were all in attendance to celebrate the premiere of the boy's second feature film.

The film, which is said to out do the first one, is set to hit theaters across the US this weekend.