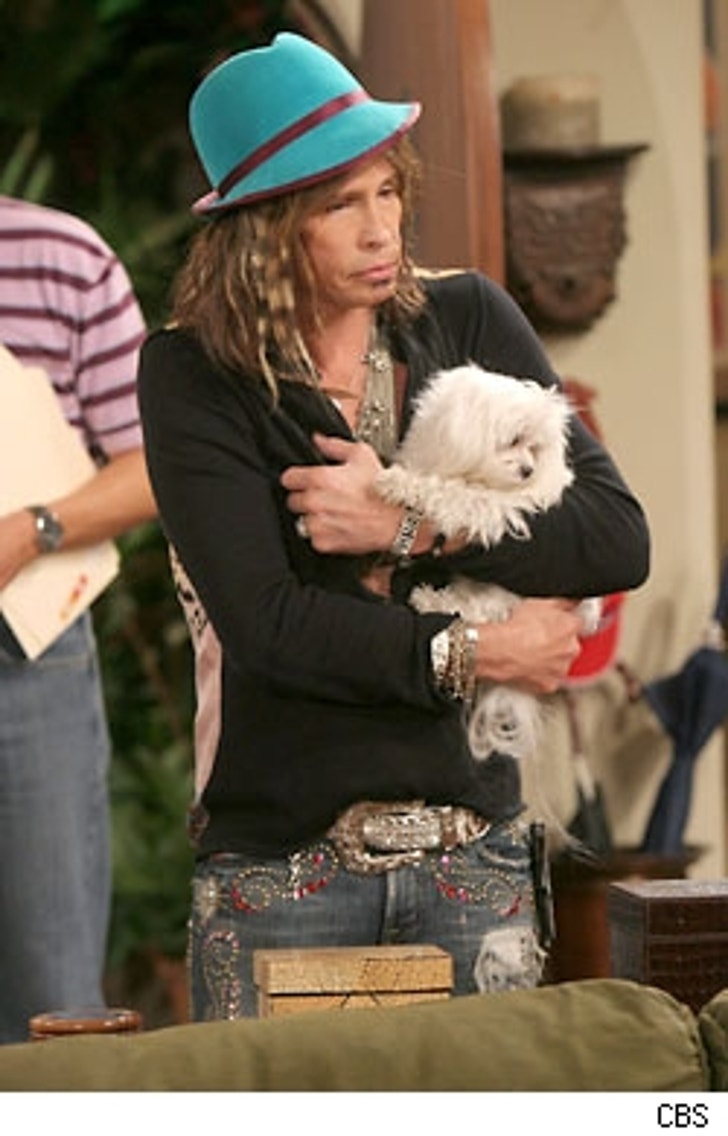 Aerosmith frontman Steven Tyler will have a cameo on Monday night's episode of "Two and a Half Men." Tyler -- in what should be a stretch -- plays Charlie's rock star next-door neighbor.

The legendary rocker, who plays himself in the episode, told TVGuide.com, "I am off camera for much of the episode, so I sit next to an open microphone and play my music, simulate sex, pop tops, open the refrigerator [a lot] ...Charlie is up [late one night] trying to put this [ad jingle] rhyme together, and I start making fun of him. He says, 'Shut the hell up, Tyler.' He tries to beat me up, I beat him up..."