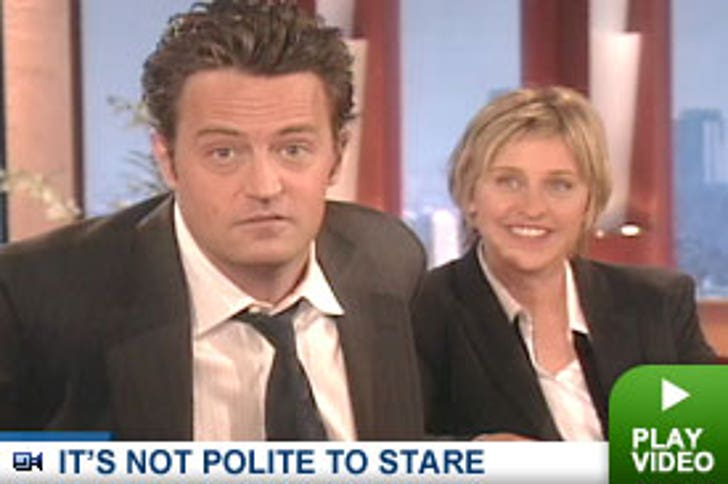 On Monday's episode of "The Ellen DeGeneres Show," Ellen has two of showbiz's most eligible bachelors: Matthew Perry and Kenny Chesney.

Perry, who can currently be seen on NBC's "Studio 60 on the Sunset Strip," says he only has time for one person in his life: Aaron Sorkin. "Great writer and damned if he isn't a great kisser," Perry joked.

As for Cheseny -- who was famously married to Renée Zellweger for a short time last year -- he's single, open to marriage again, and says he's still friends with Renée -- though Ellen isn't quite buying it.

Be sure to catch Kenny and Matt on Monday on "The Ellen DeGeneres Show."