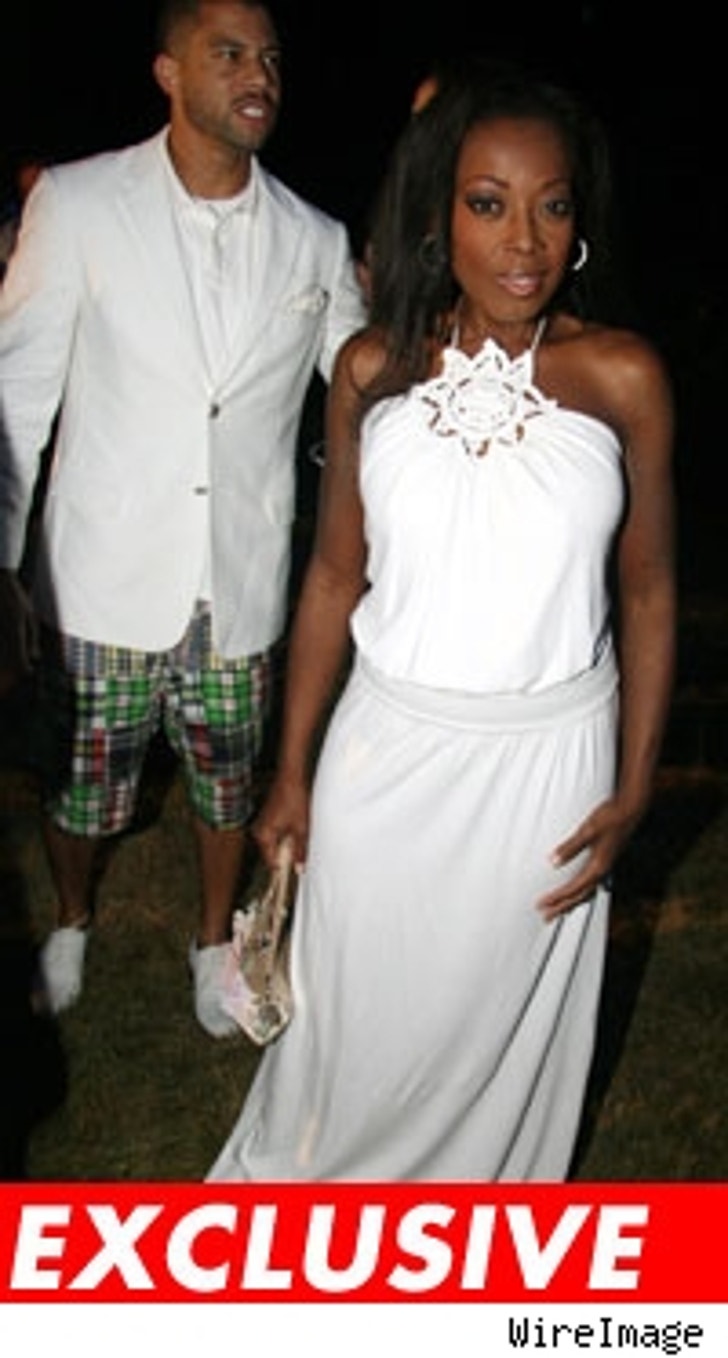 Star Jones has given the National Enquirer an ultimatum: either admit that a story calling her her marriage a "sham" is untrue, or prepare to do battle in court (and remember, Star is a lawyer).

Bob Chapman, the high-powered attorney who represents Star and Al, tells TMZ that the Enquirer's story that Al is gay and the marriage is falling apart is not true. Chapman insists, "They are happily married," adding that Star is "emotional and stressed out" over the story.

The article in question, published in this week's issue dated October 2, 2006, features the headline "Star Jones' Husband Walks Out!" In a demand letter to the Enquirer, Chapman writes the article is "false and defamatory" and has "caused them massive damage." The letter also states, "You have also chosen to state that Mr. Reynolds is gay. While Mr. and Mrs. Reynolds believe that everyone should be free to make their own choice concerning sexual preference and that there is nothing wrong with being gay, you have nonetheless chosen to falsely state that Mr. Reynolds is gay." Chapman also states that the Enquirer has done "grave damage to their reputations, both publicly and privately."

Brad Zeifman, a rep for the couple, issued the following statement to TMZ: "Mr. and Mrs. Reynolds have tried to handle these vicious lies and attempts at character assassination with quiet dignity for far too long...now they will pursue immediate legal action against anyone who makes false statements about their family."

In a recent interview with Jawn Murray of AOL's Black Voices, Star stressed, "I love my husband and he loves and respects me-period! People can say what they want, but Al and I share what I like to call an unbreakable bond." Star reminds the public that, "It's not easy being under such intense scrutiny by the media. All we're trying to do is live our lives as Mr. and Mrs. Reynolds."

A rep for the National Enquirer had no comment.