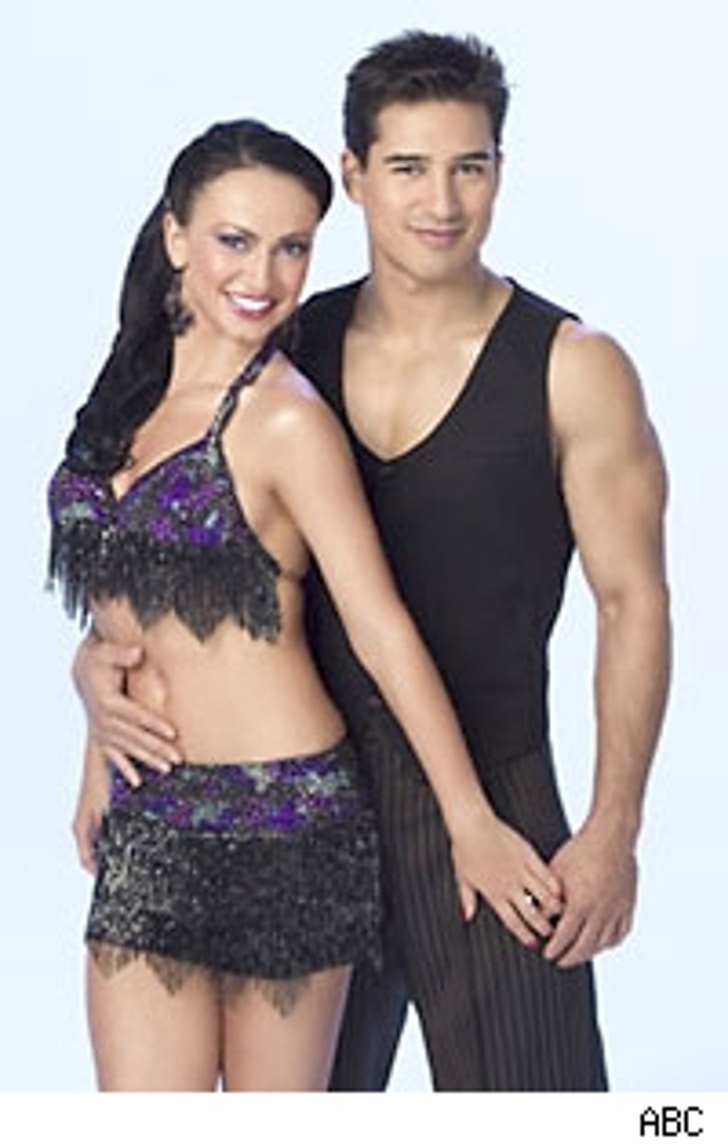 Just hours before tonight's taping of "Dancing with the Stars," TMZ has learned that Mario Lopez's partner, Karina Smirnoff, has suffered an injury on the set of the hit ABC show.

While reps for the show are denying that any incident has occured, sources inside CBS Television Studios, where the show is taped, tell TMZ that medics were rushed to the scene to treat a muscle pull in Smirnoff's back. No word on who Lopez will dance with in the case that Smirnoff will not be able to participate in tonight's live broadcast.

Lopez will no doubt be at a disadvantage without his partner, and with reports of a romance blossoming between the two, his mind will most certainly be distracted from tonight's routine.