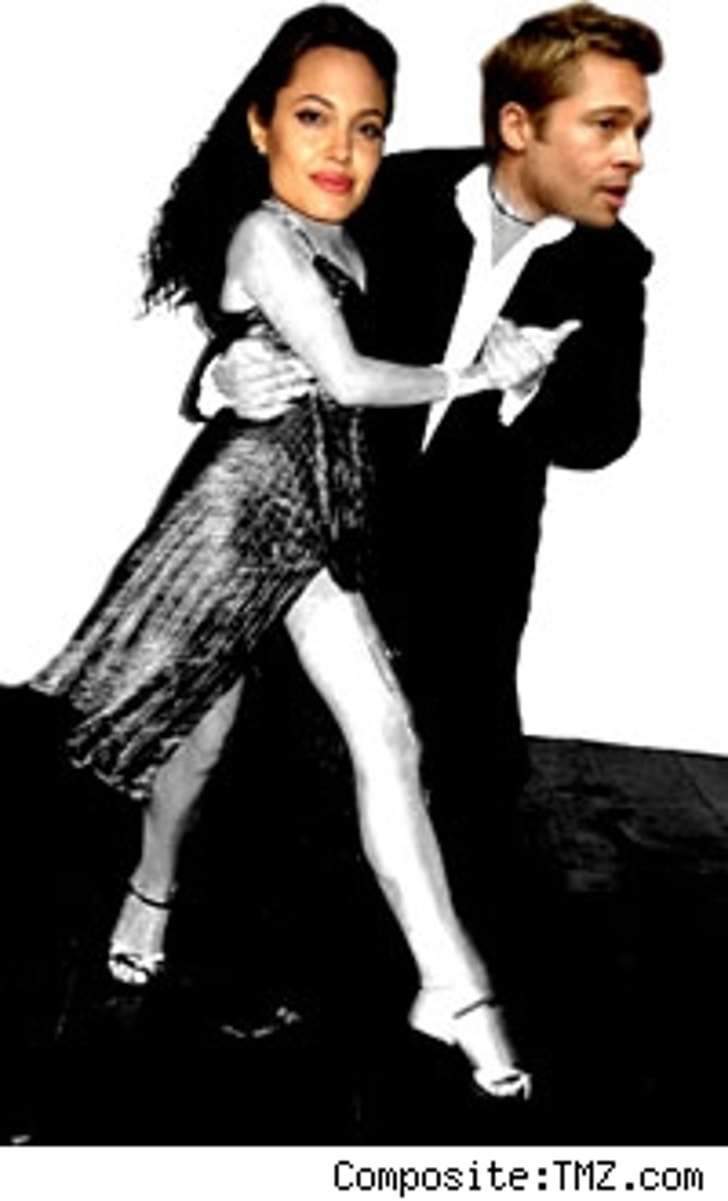 Low wattage celebs like Willa Ford and Harry Hamlin are a dime-a-dozen on "Dancing with the Stars," but A-list stars like super couple Brangelina? Not a chance, right?

On Tuesday the parking lot outside the "Dancing" set featured assigned spaces with the names of contestants like Mario Lopez, Jerry Springer and Hamlin's wife, Lisa Rinna. While there's nothing unusual about that, there was one space that seemed oddly out of place -- Brad Pitt's!

Brad, who is obviously not a contestant on the ABC show, had a parking spot with a sign baring his name and the show's logo on it.

So was Brangelina going to make a surprise appearance on the C-list emporium and show off their best Paso Doble moves? Probably not.

Perhaps, like the rest of us mere mortals, they're just fans of Joey Lawrence's tango.

Tune in to Wednesday's episode of "Dancing with the Stars" to see who gets voted off and if the Brad Pitt mystery is solved.