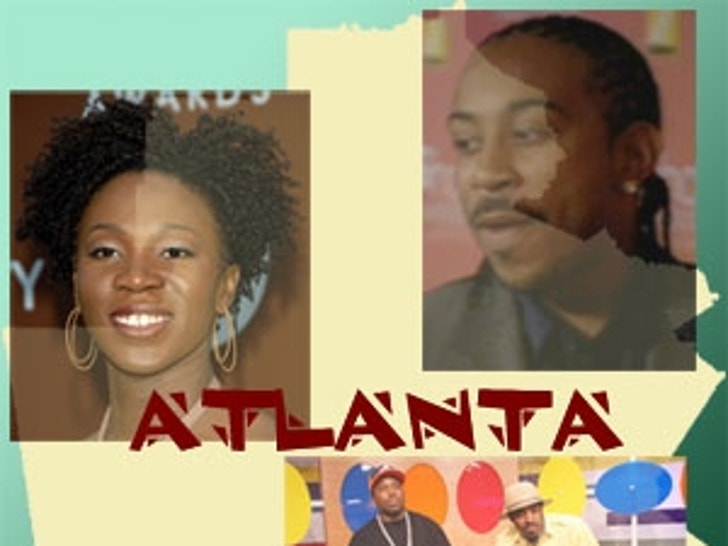 Following up on my look at Philadelphia in an attempt to highlight different sounds emanating from different regions, I traveled to Atlanta last week to hang out with the Swear, who recently joined big names like Outkast, Ludacris and Sugarland on the "Atlanta It List." These rockers, who have had songs featured on the F/X's "Rescue Me" and the WB's "Smallville" and "Roswell" are not the only Atlantans getting their music beyond the borders of the Peach Tree State. The rock and rap scene is so big in Atlanta it defies the typical "southern rock" stereotype often associated with music coming from the south. 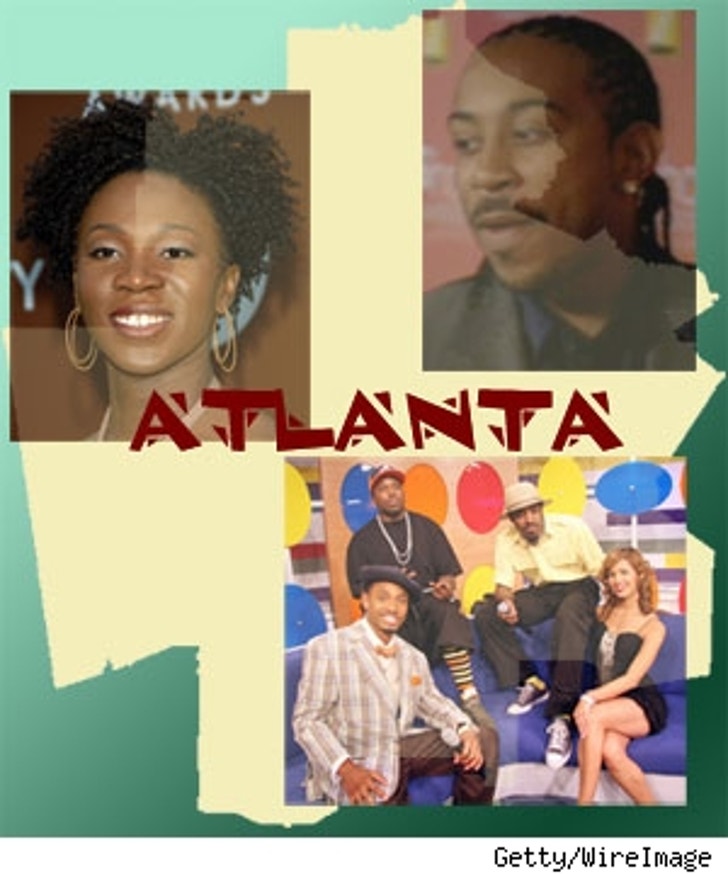 Indeed, Atlanta is a hot bed of hip hop with not only the big names mentioned above, but MCs like Young Dro, Lil Scrappy, Dem Franchize Boys, T.I., Akon, the Ying Yang Twins and many others are holdin' it down in the Dirty South. And, of course, we can't forget our favorite celebrity fit club rapper Bonecrusher.

The Atlanta ladies are not taking a backseat to the men either. Of course, the incomparable Grammy Winner India.Arie hails from Atlanta and continues to amaze with her latest chart busting record "Testimony: Vol. 1 Life & Relationships." R&B honies Ciaria, Monica, Cherish, Shareefa, and Brandi Williams are just some of the other Georgia peaches hitting the charts these days. All this productivity makes sense when you remember that uber producers L.A. Reid and Babyface founded LaFace Records there back in the late 80s and helped put both Atlanta and acts like TLC on the international stage.

Rock and roll is also alive and well in all its forms in Atlanta. Besides the Swear, hard rockers like Mastodon and Sevendust call it home. Indie/folk rockers like Shawn Mullins and the Indigo Girls hail from the area too and the Robinson brothers of Black Crowes fame grew up in the Atlanta suburbs. The Swear's human graffiti canvas, Elizabeth Elkins, also recommends fellow Atlanta indies acts Tim Brantley, Second Shift and The Gates of Berlin.

So, no matter your tastes in music you'll find something you like when you head down Route 85 toward the "Gateway to the South" and it won't be just "pickin' and a grinnin' (not that there's anything wrong with that!)