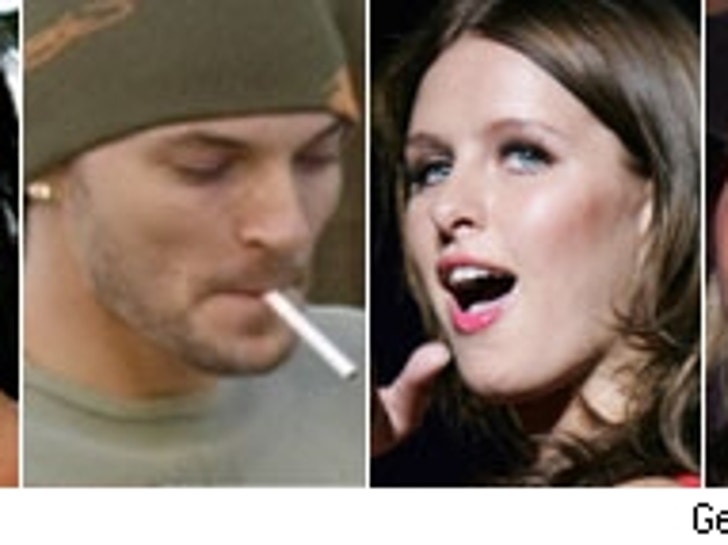 The pair came in last in a national survey commissioned by Cascade dishwashing detergent, which asked participants to pick who they perceived were the best at maintaining their own homes.

Sarah Jessica Parker
and Matthew Broderick were voted the cleanest celebrity couple and received 69 percent of the votes.

TomKat was a distant second with nearly 9%, with Ashton Kutcher and Demi Moore behind them with 7.5%.

Things didn't bode well for the Hilton sisters either. When asked which celeb duo they would enlist to clean their homes, respondents chose Paris and Nicky Hilton last.