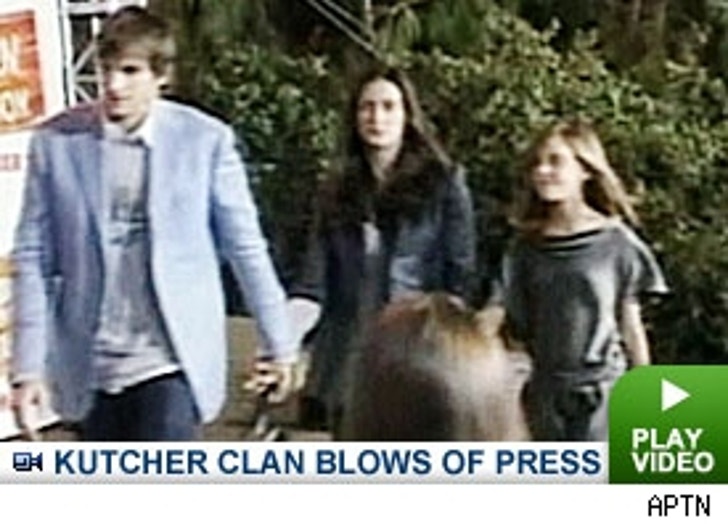 Ashton Kutcher and Demi Moore may be a superstar couple, but that doesn't make them bulletproof when it comes to bad criticism.

The lovebirds were attacked by the boobirds at the premiere of Kutcher's new film "Open Season," after pulling a fast one on the green carpet. Instead of stopping for press, the couple, along with Demi's daughter Tallulah Belle, scampered past the invited media, leaving the everyone high and dry ... and without the money shot they all came to get. Fearing they'd go home with only a Martin Lawrence interview, the press let the couple have it.

However, all was forgotten moments later, when Ashton appeased his critics by heroically returning to the green carpet after dropping off his wife and step-daughter.