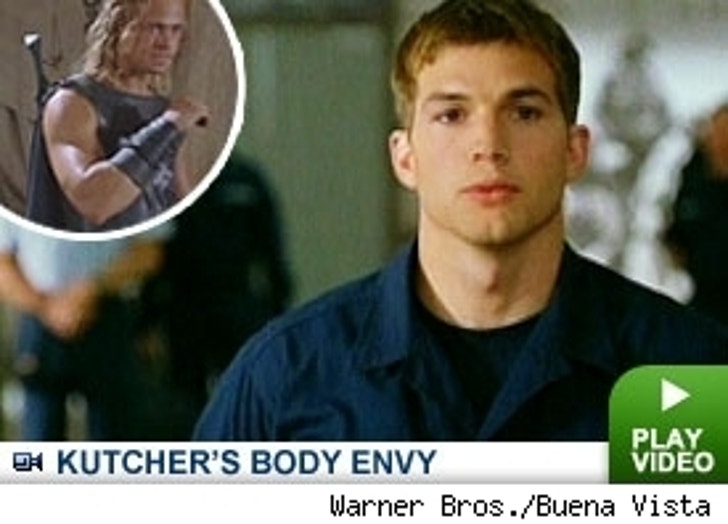 While training to play a US Coast Guard in his new film, Ashton Kutcher had one man's body in mind for inspiration -- Brad Pitt.

"I went and saw Troy, I was with my wife and with a friend, and every time Brad came on and he was like naked or whatever, they were like 'Ohh', and I'm like, 'I'm right here, I'm sitting right next to you,'" says Kutcher, "I knew this movie was coming up so I went out and hired Brad Pitt's trainer."

The self-admitted "pack-a-day smoker" who "hadn't really worked out since high school" (damn him for naturally looking so good) had a tough time getting into top shape and admits he's already on a downward spiral since shooting wrapped.

"No. I'm done... I'll train for the next one, it's fine, I'll run a little bit, I'll stay in shape, I can still do some pull-up's and I do some push-up's and stuff but it's just brutal. It's a full time job it keep yourself in that kind of shape, it's no joke."

"The Guardian" and "Open Season," also starring Kutcher, both open this weekend.