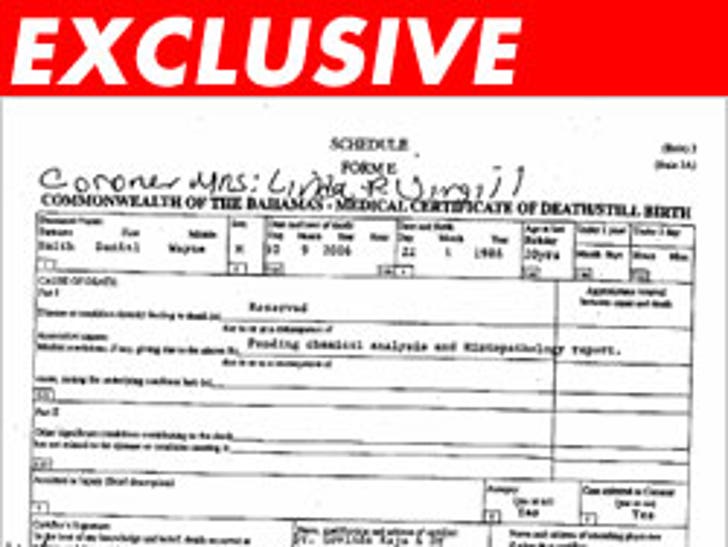 TMZ has obtained a copy of the death certificate for the late son of Anna Nicole Smith. 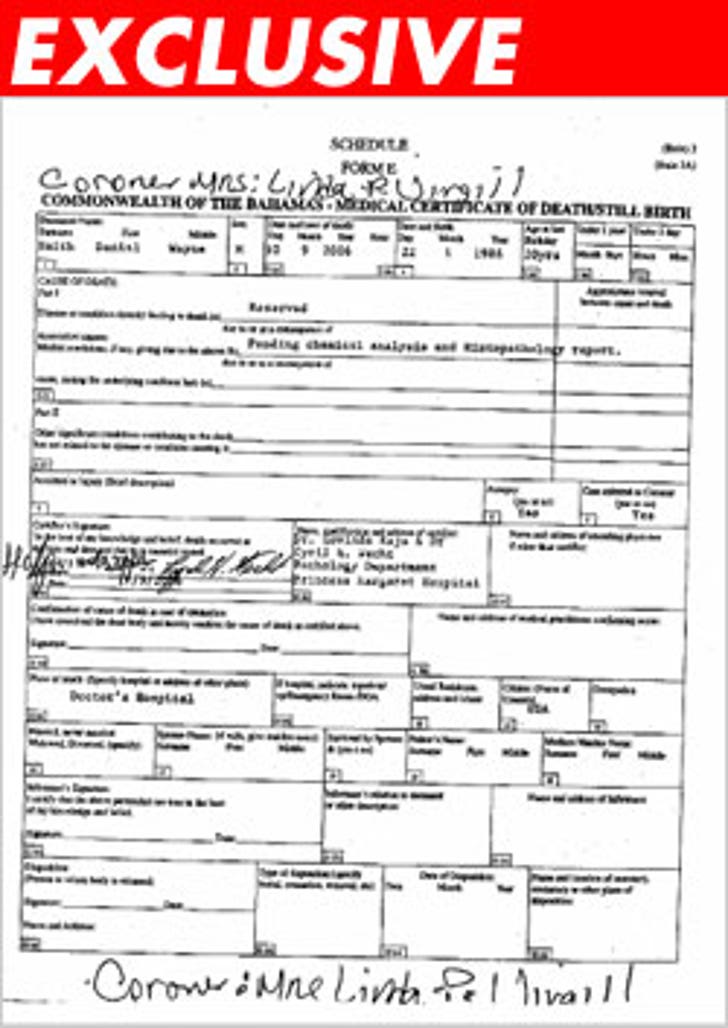 Daniel Smith died in the Bahamas on September 10 while visiting his mother who had just given birth to a baby girl.