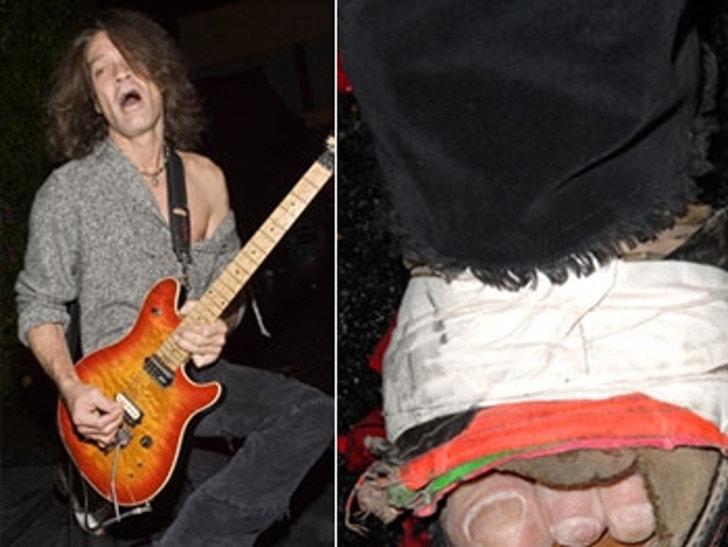 Eddie Van Halen's boots were made for trashin'. 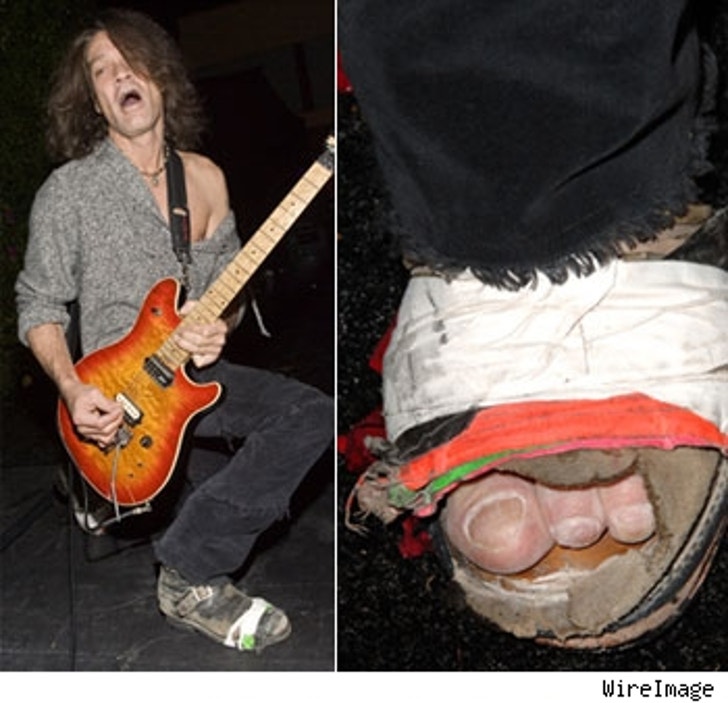 The guitarist hosted an event at LA's House of Petals on Wednesday sporting a pair of boots that were worn down to the bone -- literally.

UPDATE: TMZ has learned that Eddie's kicks hold extreme sentimental value to the rockstar. The boots were the very first pair of footwear that Eddie was able to purchase on his own. He now wears them to remind himself of where he came from.

Eddie Van Halen You Might Want to Rethink Music