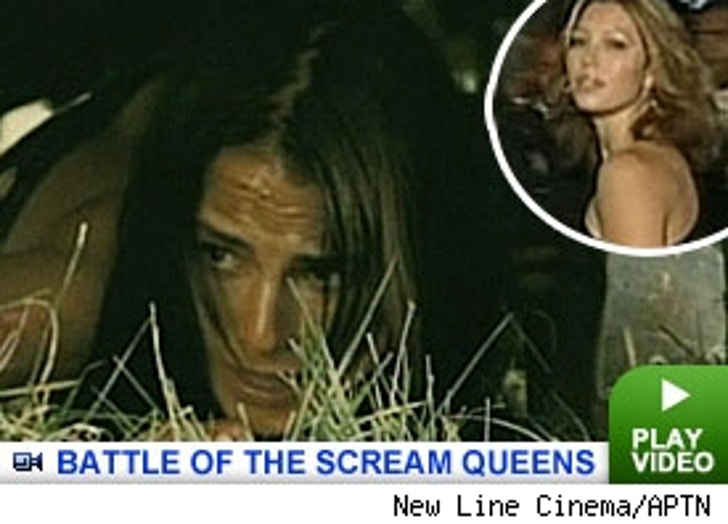 Not only is she no longer the "Sexiest Woman Alive," but Jessica Biel's handing over another title - Scream Queen.

With "The Texas Chainsaw Massacre: The Beginning" opening today, Jessica Biel relinquishes her crown to Jordana Brewster, who steps into the horror-heroine role for the prequel.

Both babes were at LA's premiere of the slasher flick where Brewster explained the difference between this film and Biel's 2003 blood-soaked remake. "It starts with Leatherface's birth and then it like jump cuts to like 30 years later and then it's the first bloodbath, first killing," says Brewster, "You also get to find out why he is so twisted and why he is a killer."

Andrew Bryniarski, who jumps into Leatherface's chainsaw-wielding shoes for the second time, was at the premiere as well and probably creeped out a few reporters by taking on his on-screen alter-ego. "I don't mess around. If I'm coming you can't stop me. And once you get this close what are you going to do?"

Word of advice - it may be a good idea to avoid running into Bryniarski in a dark alley. "TCM: The Beginning" opens today.