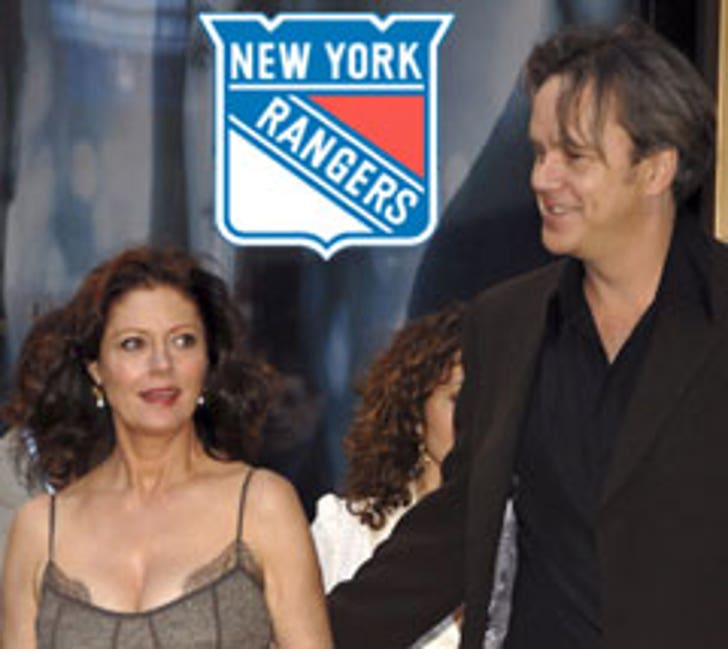 Jack Nicholson at a Lakers game is a normal occurrence, but Tim Robbins and Susan Sarandon at a NY Rangers game not so much. You may not know this, but apparently the A-list couple are die hard NHL hockey fans. The family has been frequently spotted at NY Rangers home and away games. Now that's a fan.

Tim and Susan aren't the only ones in the family who are big fans, apparently son Miles is also a hockey buff. Tim recently took 15-year-old Miles to an FHM/NHL party at Marquee in NY to mingle with his favorite players.

We did a little digging and found out that Tim's passion for hockey started all the way back when he was kicked off his high school team for fighting. He also played in the "Hero's of Hockey" game at the National Hockey League's All-Star Game, and claims to own every Rangers highlight video released since their 1994 Stanley Cup championship season. 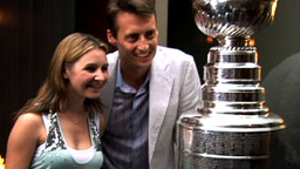 Us Weekly Scores the Stanley Cup