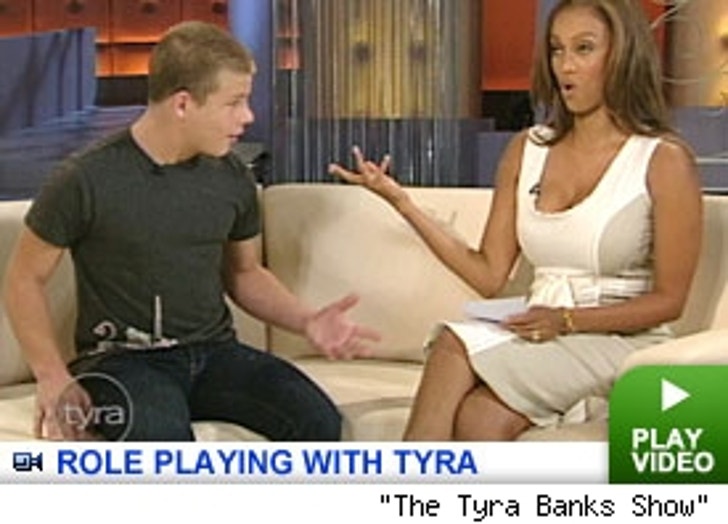 Child stars flood "The Tyra Banks Show" today and are they're ready to spill some dirt.

Fishel, who opened up about her dramatic weight loss, talked to Tyra about dating the newly outed Lance Bass back in the day. "I was 17, I thought he was amazing," says Fishel, "at the time I did not know even though people had been saying things like 'do you think maybe' and I said 'no!' He was living the life he thought he needed to be living and I'm just so happy for him now."

Banks also sits down with Jonathan Lipnicki, who admits even though he starred opposite Tom Cruise in "Jerry Maguire" he definitely doesn't have all the right moves when it comes to meeting girls. Luckily it's Banks to the rescue, engaging in some educational role playing with the 16-year-old to teach him how to flirt.