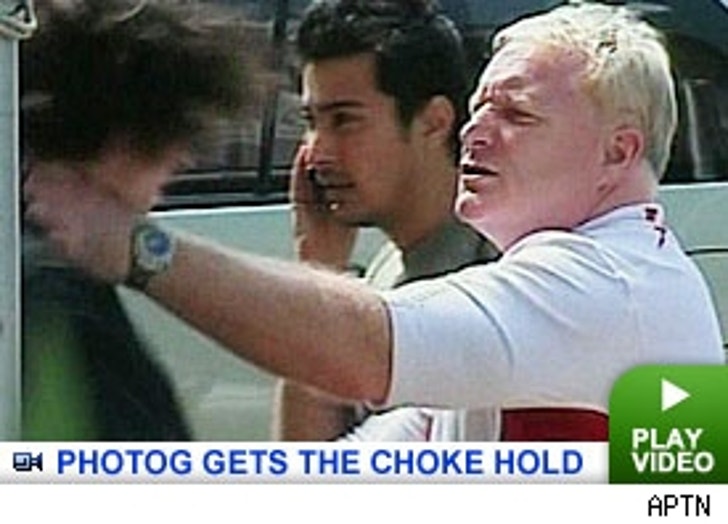 A security guard for the couple attacked a member of the paparazzi waiting outside their hotel on Saturday in Pune, India-- and it was all caught on tape.

After yelling at the photog, who says he was a guest of the hotel and was being considerate, the bodyguard lunged forward and grabbing him by the throat, choking him.

The photographer, Sam Ralph, says he's considering taking further action, "I haven't decided yet, I'm considering it. But yes, I'm a guest at this hotel, I have every right to be here and it would be disrespectful to take pictures inside the hotel I know they wouldn't like that, but I was outside anyway doing my job along with everyone else."

Pitt and Jolie are in India preparing for Angelina's new film, "A Mighty Heart," which begins shooting next week.