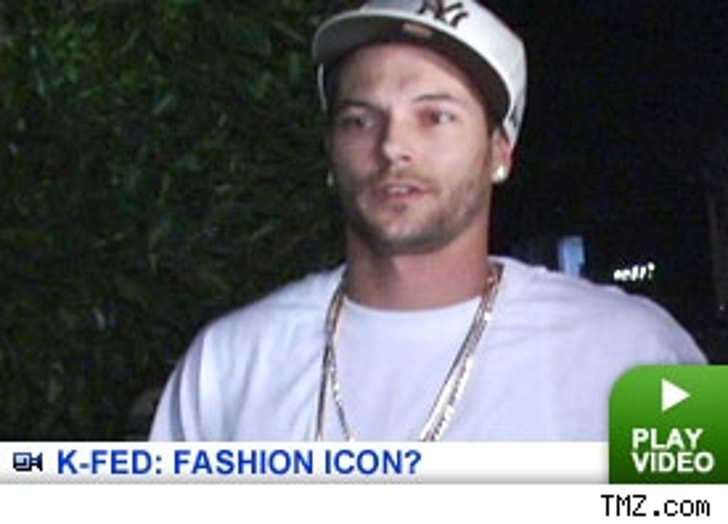 Kevin Federline hosted a party at Kitson Men for the clothing line he's the spokesmodel for, Five Star Vintage. K-Fed pulled up in his silver Ferrari, sans Britney, and rushed passed the press waiting outside.

Once inside, K-Fed posed with a few baby t-shirts he had picked out (one read "Pooparazzi") while a DJ played tracks from his new album -- which happens to come out on Halloween. Insert your own "trick or treat" joke here.

Also, and we don't model for any clothing lines or anything, but when you do an event for a clothing company, shouldn't you show up in something a little nicer than a white t-shirt?

As for the celebrity turnout, there was, um ... the guy who played Marcia Cross' gay son's boyfriend on "Desperate Housewives." Does that count?