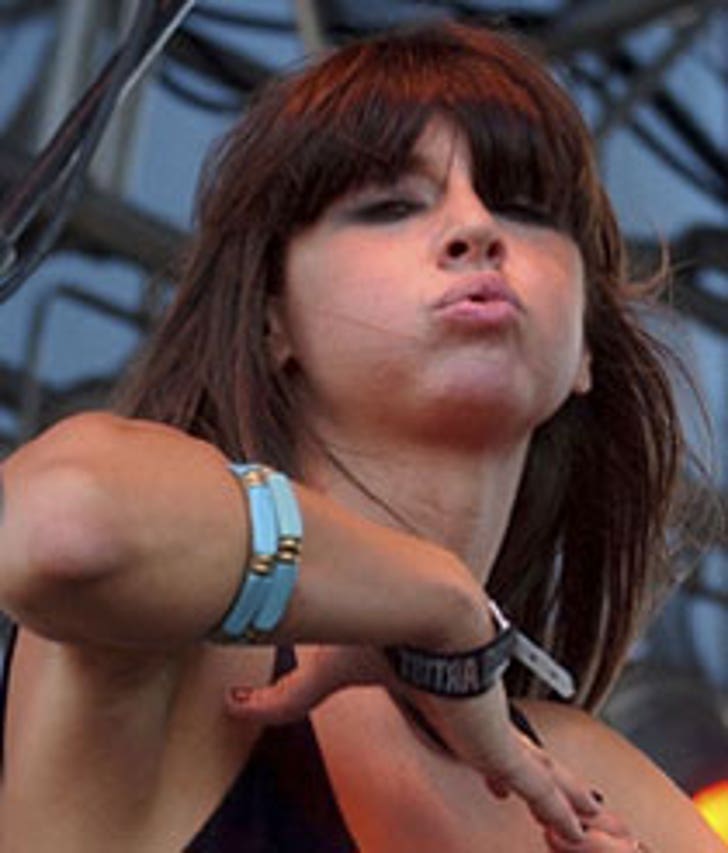 Chan Marshall (pronounced "Shawn"), aka, Cat Power, has long been regarded as one of the sexiest women in indie rock. She's such an acclaimed songwriter that she even got Pearl Jam's Eddie Vedder and Foo Fighter Dave Grohl to appear on her 2003 record "You Are Free." Despite Dylan-esque lyrical ability and legions of adoring indie hipster fans she's never achieved household name status like some lesser talented ladies splashed across the tabloids. Now, the broader pop culture world may get to know her better if fashionista Karl Largerfeld has anything to do with it. Apparently Karl stumbled upon the rocker and was taken by her natural style. According to NME:

"I saw her in New York in front of the Mercer Hotel and she was smoking and I said, 'Only a woman - she - can look glamourous while smoking," Largerfeld told Fashionweekdaily of how the pair met.

In response, Marshall confirmed the story, telling Women's Wear Daily: "I was outside waiting, sitting on a pile of Louis Vuitton luggage, drinking water, with an apple and a cigarette in my hand, my cell phone, oh, and two guitars and out comes Karl. He walks up, looks at me and says, 'Only a woman can look glamourous when smoking.' And I lowered my glasses and pointed to (the bags under my) eyes and said, 'With these'?"

Yes, she's that sexy. No doubt much of her allure is due to her songwriting abilities, sensual voice and natural woman looks. After Cat attended a cd release party with Largerfeld, speculation has her possibly appearing in future Chanel ads for the jewelry line. Her indie cred could be at stake is she "sells out" a tune and her face to Channel. But, I'm thinking her real fans will be happy for her gaining broader exposure if she decides to do it. Particularly since her stature as a songwriter is solid, there's no chance of her being mistaken for one of the karaoke singers LA passes off as pop stars.