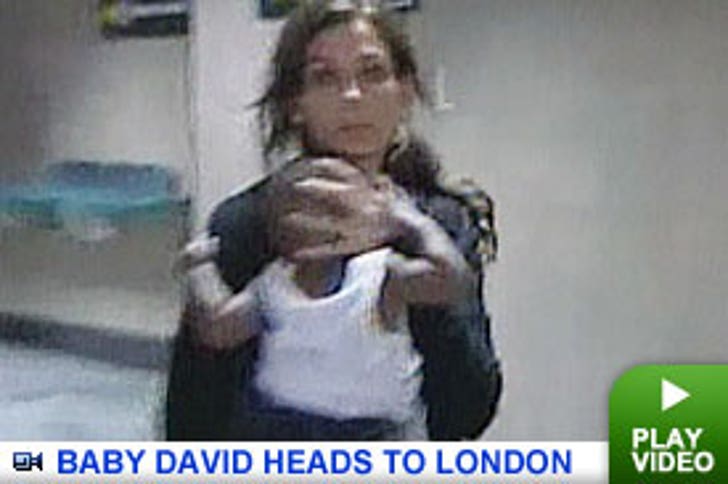 He's only been Madonna's child for four days but David Banda is already experiencing the notoriety that comes with being a Prince of Pop.

The one-year old boy the Material Girl has been granted temporary custody of and three members of Madonna's staff, including a nanny, were swarmed by photographers as they prepared to board a flight from Johannesburg to London.

A statement from Liz Rosenberg, Madonna's publicist in New York, said the child was issued a passport and a visa Monday adding that Madonna and husband Guy Ritchie had now been granted interim custody of the child, who has a visa that allows him to travel with the couple.

Madonna's generosity towards David's home country of Malawi has fueled speculation that certain child protection regulations may have been swept aside for the singer. The law of the land requires the would-be parents to live in the African country for a year under the investigation of welfare officers before adoption.

Rosenberg confirmed David will be under the care of Madonna and Ritchie for 18 months and would be then evaluated by the courts of Malawi according to its customs before anything became permanent.