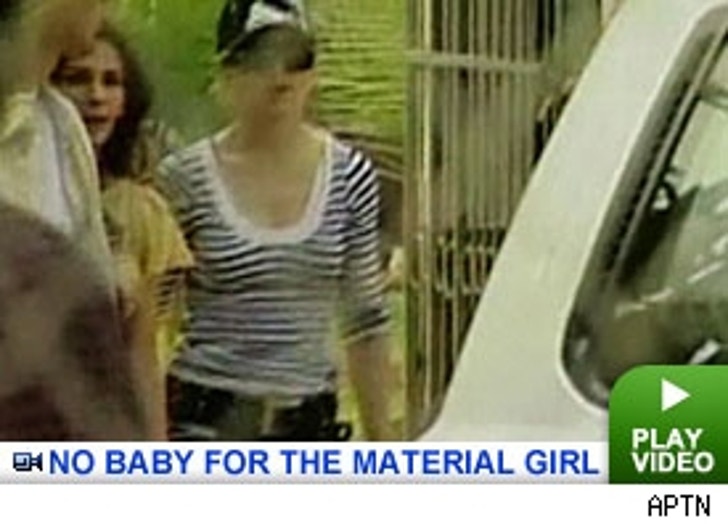 Though Madonna was spotted at an orphanage in the African country of Malawi, don't expect to see any Angelina Jolie shenanigans - she's not planning on taking a child home with her.

While rumors spread saying Madge was going to adopt a boy from the country, her publicist tells US Weekly, "I can confirm Madonna is in Malawi on a private visit. She is building an orphanage and child care center and is involved in other initiatives geared toward helping children orphaned by AIDS through the Raising Malawi organization. She has not adopted a baby despite reports that she has."

Surrounded by bodyguards, the Queen of Pop handed out translated copies of her book "English Rose" to the orphans at the Children's Village.

Madonna plans to set up a Kabbalah-based orphan care center in the country to provide food, education and shelter for up to 4000 children.