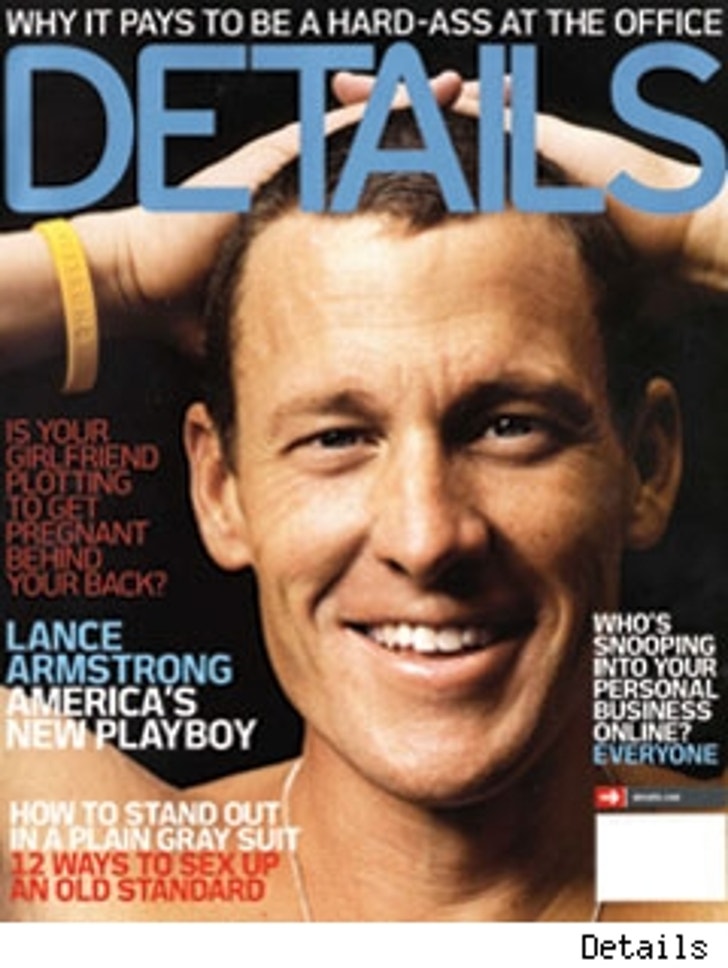 They might not be gay lovers, but Lance Armstrong and Matthew McConaughey certainly do have cutely butch names for one another. In the November issue of Details magazine, on newsstands this week, cover boy Lance says that the BFFs call each other "LiveStrong" and "J.K. Livin," and when asked whether they're gay, he jokes: "We tried it. Wasn't for us."

The two Austin, Tex. natives have been friends for years, but they really started to bond, says Armstrong, when their respective relationships with Sheryl Crow and Penelope Cruz dissolved. And when it comes to the tabloid attention both attract, they've got totally different approaches. "He's all tin cans and yam," says Lance of the famously crunchy Matt. "I get s**t on my Blackberry ... My cell phone. Most of it is bulls**t."

Elsewhere, Armstrong expresses shock that President Bush wouldn't fork over $1 billion for his charity -- given that bird flu, he says, got $7 billion. And he sets the record straight about Jake Gyllenhaal portraying his life story: He's not.