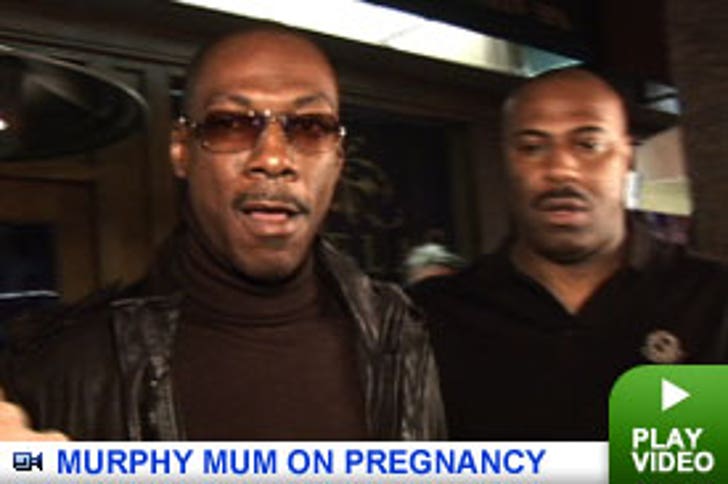 Eddie Murphy has yet to confirm that he will be the father of Scary Spice's baby, but he ain't exactly denying it either.

Cameras caught Eddie Murphy
raw last night outside Hyde nightclub in Hollywood, as the actor reacted to a comment about his girlfriend Melanie Brown being pregnant with his baby. After someone says "Hey Eddie! Congrats on the baby if that's true," Eddie looks back and flashes a curious smirk, before climbing into an awaiting car.

Yesterday TMZ reported that Scary Spice couldn't hold back from talking about her bun in the oven while visiting an upscale lingerie store in Hollywood.

Murphy already has six children of his own and Brown has a 7-year-old daughter.