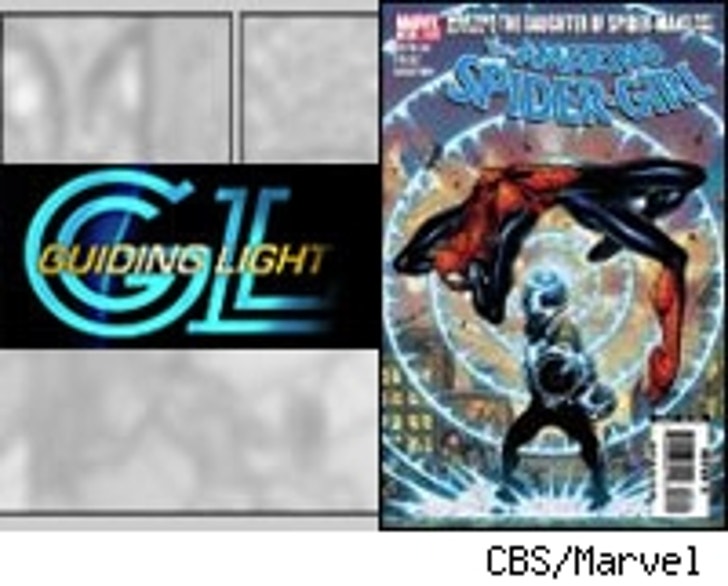 Marvel has also created a comic featuring characters of the soap interacting with superheros like Wolverine and Spider-Man. Perhaps, Spidey and Wolverine will find out they are actually amnesiac evil twins switched at birth!

The eight page comic will be included in upcoming issues of Marvel comic books like "The Amazing Spider-Girl," while the heroic episode of "Guiding Light" airs November 1.

Marvel and Procter & Gamble (which produces "Guiding Light") are joining their superpowers in hopes that soap fans will pick up a comic book and that Marvel addicts will tune in to the daytime series.

If they don't, then we can pretend it was all just a dream.