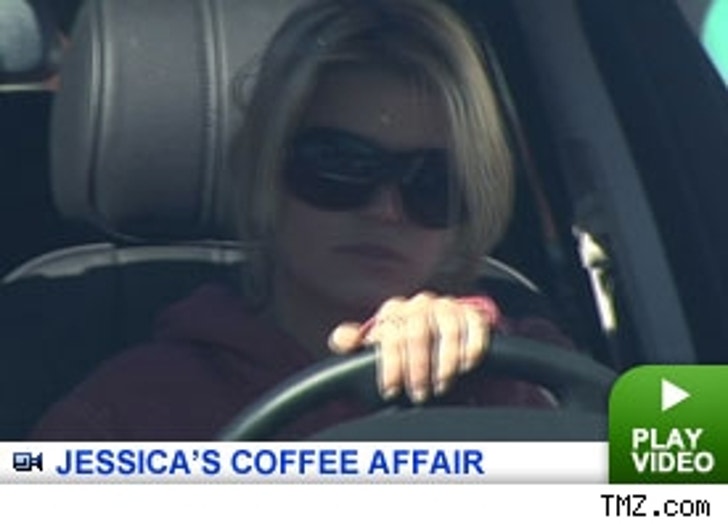 TMZ's cameras and our very own Josh Levine hit the streets of LA on Wednesday catching up on all the action going down.

We started the day getting a cup of coffee with one of our favorite blondes, Jessica Simpson. The pop princess and former wife of Nick Lachey fueled up on java at The Coffee Bean and gave TMZ a quick shout out before she hit the road.

Later on we stopped by Hollywood hotspot Social where we happened to run into Justin Timberlake. JT, who was bringing sexy back all by his lonesome, left the trendy spot without his girlfriend Cameron Diaz.

Next it was off to one of our old favorite spots Les Deux for the 944 Magazine party where Matt Sorum launched Sorum-Noce Couture Clothing. People on the guest list included Oscar-winner Jamie Foxx, Britney's not-so-talented other half Kevin Federline, "Girls Gone Wild" creator Joe Francis, UFC champion Chuck Liddell and Brody Jenner who showed up with "The Hills" hottie Lauren Conrad.

Also seen out on the town our favorite "Girl Next Door" vixen Elisha Cuthbert and "The Break-up" star Jennifer Aniston.