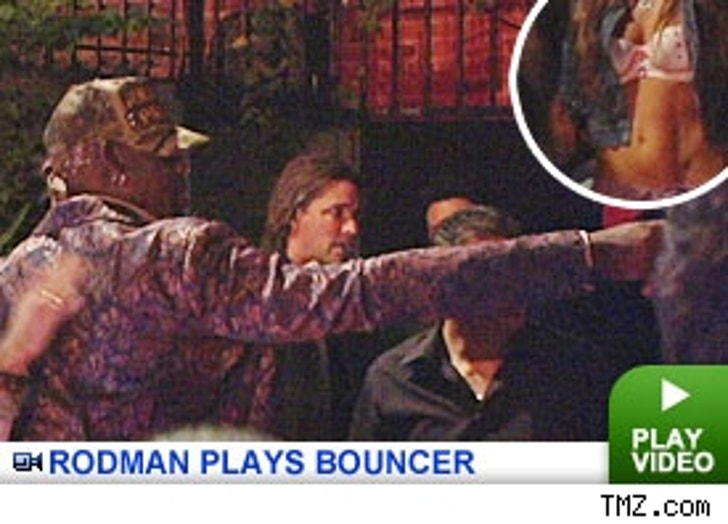 It's good to be Dennis Rodman.

The onetime NBA star was spotted getting his choice of female companions from a crowd outside the 944 magazine launch of Sorum's Noce Couture at Les Deux.

As the bare-chested lothario made his way into the club, he was spotted pointing out women from the line to the doorman. Let's just say his tastes lean towards crass-over-class -- picking a woman in booty shorts and another wearing only an open jacket over her bra.

Of course, this is the same train wreck who used to wear wedding dresses in public and was briefly married Carmen Electra, so don't act too surprised.