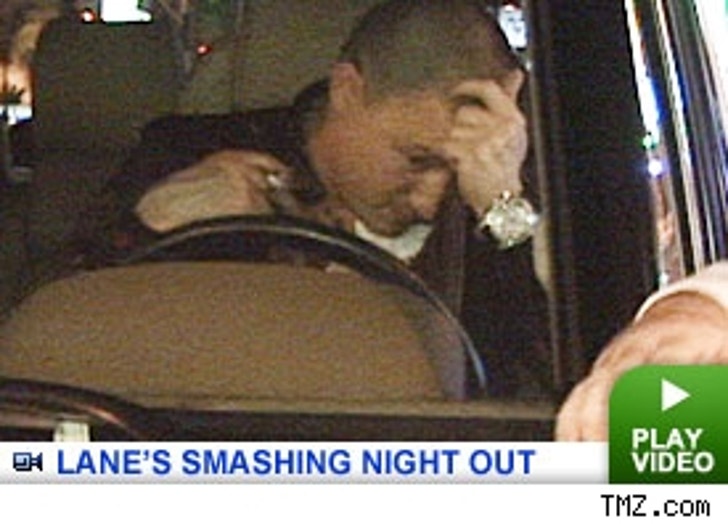 Though he usually revels in the spotlight, Lane Garrison was in no mood to be photographed after crashing his car outside of Hyde nightclub last night.

The former "Prison Break" star, who was recently killed off the show, was approaching a stop light when his Land Rover struck the Infiniti in front of him. The owner of the Infiniti, who watched the collision from the valet stand, ran to his vehicle shouting "Hey stop the car, stop the car, you hit my car!" at Garrison as he bolted towards the Land Rover. A voice from in front of the club was also heard shouting, "Write down his license plate right now in case he drives off!"

Once Garrison notices the camera, he hides his head in shame, pulling his jacket over his face -- probably not the best move while still driving. Moments later, the actor and the owner of the Infiniti pulled onto a side street and exchanged information.